A country bordering China, Laos and Thailand, the landscape of Eastern Burma consists of mountain ranges sheltering different ethnic groups. Among them are the ‘Karen’ and ‘Karennis’, two communities threatened by the ruling military junta.  To better understand these two ethnic groups, let’s dive into the daily lives of two children.

NAW MEE WAH FROM THE KARENS 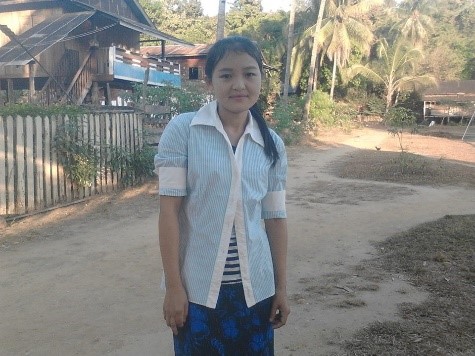 Hidden in the heart of the jungle near the Thai border, Naw Mee Wah, a little girl from the Karen community, helps her parents in the rice fields. Myanmar is home to 135 different ethnic groups on its lands and the Karen community is one of the country’s most populous minorities. Spread across eastern Myanmar, the Karen live for the most part in isolated villages. Geographical location is decisive for these populations because it brings distinctions in traditions, religious beliefs and languages. While the vast majority of Karens are Buddhists, large Christian communities are present, especially in Naw Mee Wah’s village. Her family and friends are Christians and do not speak Burmese, but a Karen dialect instead. However, the village children learn the basics of the Burmese language at school.

Burmese serves as a common language, like English for communicating with foreigners. Unfortunately, the number of teachers remains insufficient in these areas and many children have to go a long way before they can access school in the neighbouring village. The structure of her school is basic and lacks facilities such as Internet access. Her teacher teaches in the same Karen dialect that Naw Mee Wah speaks, but she must also be proficient in Burmese if she wants to reach middle school and high school, as instruction is exclusively provided in Burmese. It was the villagers who built her school, so that the children could have a rudimentary education. Neighboring towns have government schools; they make up the majority of schools and are associated with the government in power.

Naw Mee Wah lives in a small bamboo house in a mountainous region covered by jungle. To get there, you have to drive for several hours through the mountains and take steep paths that become muddy and inaccessible to vehicles from the rainy season. Every morning, accompanied by her dad, she walks or motorcycles to school. Halfway, she continues alone to reach the nearby village and meets her friends and her teacher. Her father continues his journey to the fields. The production of the villages is barely sufficient to ensure the food autonomy of the residents. The Karen live mainly from arable farming (rice, maize), animal husbandry (oxen, pigs, chickens) and fruit picking. But Naw Mee Wah and her dad need to be careful when moving. Some roads hide anti-personnel mines, or groups of the Burmese military junta. She tightly holds her dad’s hand, who knows the safest roads.

The Karen, including the community of Naw Mee Wah, have been more vulnerable since the military coup of 1st February 2021. They are redoubling their vigilance and hope for an improvement in the coming months.

MYI HTUN LIN IN THE KARENNIS

A few kilometers from the Naw Mee Wah’s village, in Kayah state, a little boy named Myi Htun Lin and his family are looking for a new place to live. Myi Htun Lin is part of the Karennis, and as with Naw Mee Wah, his community is threatened by the Burmese junta. His family fled the city to take refuge in the surrounding villages. Myi Htun Lin used to live in Loikaw, the capital of Kayah state. The city is bordered by a large lake where his dad worked as a traditional fisherman. Myi Htun Lin liked to accompany his dad every morning before going to school, to watch him balance on the edge of his canoe and raise his net among the water lilies.

After several days of walking in the jungle, Myi Htun Lin and his family approach the Thai border and meet the Padaung community. The Padaung are an ethnic subgroup belonging to the Karennis. Myi Htun Lin is intrigued by the long-necked women, whose stretched necks, adorned with brass coils are one of the customs that make the tribe special. Like the Karen, the Karennis consist of different communities with different traditions, religious beliefs and languages. The Kayah state includes about eleven distinct tribes under the Karenni ethnic group. It is not far from this community that the family decides to settle. They build a small bamboo shelter near the plains where rice fields are emerging. Myi Htun Lin’s mother would like to work in the fields and sell fruit and vegetables, while his father wants to join the miners, thus avoiding poppy production.

Myi Htun Lin hopes to be able to go back to school. Luckily a teacher from Loikaw is among them in the group of refugees. The problems faced by the Karennis are similar to those of the Karen. Lack of transportation, communication, infrastructure, training and adequate schools force some children to study in the heart of the jungle, when they can.

The Karen, like the Karennis, understand the importance of education, not only for their children but also in building their identity. Naw Mee Wah and Myi Htun Lin are encouraged every day to study more by their parents.  They want future generations to become their representatives so that one day they can live in peace and be accepted for who they are.

The army has been in conflict with the Karen guerrillas since 1948. While the situation calmed down in 2011 thanks to various truce programmes between the junta and the country’s main ethnic armed groups, the military coup on the 1st February 2021 officially revived hostilities. The Karen, alongside the other dominant ethnic groups, claimed their independence and the establishment of a federal Myanmar. The army in power, which wants to achieve national unity, refuses and represses the demands of the Karens. The population suffered numerous human rights violations, resulting in thousands of refugees fleeing the fighting and looting of their villages to settle in Thailand.

Support a child from Myanmar! 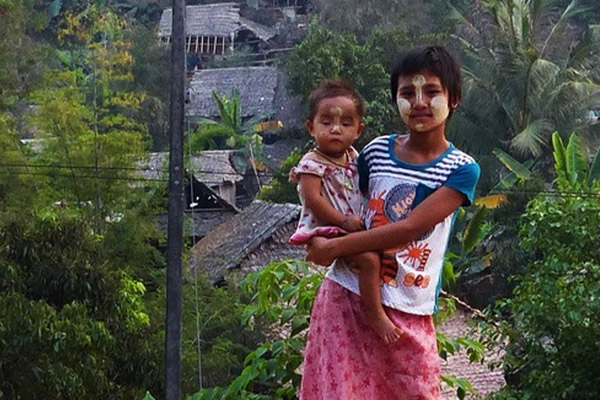 The story of these two children is not drawn from our imagination, but from reality.
To better understand the situation in the Karen and Kayah states, in eastern Burma, read our article on eastern Burma.