AIDS: The fight for happiness - Children of the Mekong
Go to main content

However, her story is one of a solitary fight against all to grant AIDS sufferers the right to be treated.

” It is the needs of others that has led me along this path, you know. In the beginning, I did not know the first thing about health. I did not even know how to take a temperature. But I was able to bring people together whether it be those who were sick, those who wanted to help or those who could. That is what my work here is all about! “

The house is empty. In the village of Kyaikkhami, the humble nun who made this speech is sitting in darkness. This small house only has one floor. On the ground floor, to avoid the sweltering heat at this time of the day, Sister Martha dons her frayed traditional shirt, blue longyi and recounts her story with simplicity.

Yet this is more than just her life story, it is that of the local community who she has stood alongside for fifteen years and who she depicts through the significant events that determined her vocation. Her voice is feeble. Soothing. She holds in her all the tenderness and willingness of someone who is used to being a pillar for the weakest and needy. Her character, despite the softness of her voice, has hardly faded. This character is needed to overcome the kind of hardships that she has been through.

A life of service

Originally from a small village in the north of the old royal city Mandalay, Martha wanted to dedicate her life to a religious vocation. She had always pictured herself spending her life serving God and teaching her people in the order of the Sisters of Saint Joseph of the Apparition. Her grandmother was already a catechist and she herself had spent two years at the nun’s school before the military junta banned them from teaching in 1965.  Against the advice of her parents but with their blessing, Martha turned down going to university and entered the convent at the age of seventeen. After thirty years of service in her order, the Church in Burma and elsewhere, she decides to turn down a high-ranking job offer that would have confined her to an office. Her determination is unparalleled: Martha wants to teach in the field. In 2002, she was sent to the displaced Karen population in Mon State to run a foster home in Kyaikkhami. There, a whole new adventure awaited her. At this point, Martha is 50 years old. At an age when some people may be evaluating their careers, this little nun discovers a village where AIDS is wreaking havoc. A small town close to Thailand, Kyaikkhami is a melting pot where migrants who leave to work in Thailand cross paths with those who come from all over Burma to find work in the local rice fields, rubber plantations or on fishing boats. These are prime conditions for the development of the HIV/AIDS pandemic. Even more so given that the military government has refuted the issue and refuses to organise any sort of help for the sick. “The official statement of the military junta was that there was no problem with HIV in Burma. As a result, they refused any preventive information and denied access to medicines. At that time, you had to be very rich to be treated for AIDS in Burma!”

The nun gazes out from her small rural foster home. She is moved by the situation of these sick people who have been outcast by their community and family. In the distance, they are living in bamboo huts. She has started to visit them and witnesses not only the ravages of the disease but above all malnutrition.  Neglected and too weak to work, aids sufferers are left to die of hunger. So once a week, Martha tries to organise a food delivery to the monastery, but she collides with public authorities and the nuns of her congregation. The former has forbidden all meetings of more than five people to prevent inciting a government policy resistance; the latter fear the risk of contagion. Despite this, sister Martha does not get disheartened. If she cannot let the sick come to her, she will go to the sick. So, she starts to visit each of them, offering a bit of soup and something to survive on. 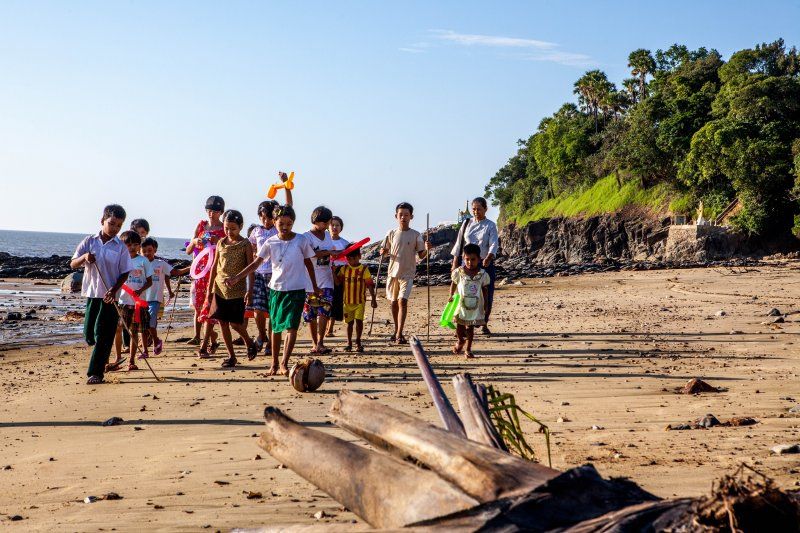 A center for AIDS patients

Yet another obstacle presents itself. Martha has more and more patients to visit, and she realises that some of the villagers have noticed her routine and know why she visits certain families.  Her nun’s blue and white habit makes her conspicuous, and it’s become a symbol of exclusion for the residents of Kyaikkhami.

The families she visits run the risk of being suspected of transmitting the disease and of being banned from the community. There’s widespread suspicion due to a lack of information. Martha’s habit has given her away and the situation can’t continue: She’ll have to dress in ordinary clothes. Martha is a nun and won’t decide one way or another without the approval of her order.  She asks the sisters but they say no.  Martha is far from being a rule-breaker, but she’s not one to take no for an answer either, so she writes to Rome and finally receives the approval she needs from her superiors. Martha can now go from hut to hut in a blouse and traditional longyi matching the colours of her order.  She disappears into the crowd and in doing so can better serve the poor.  She looks up at the sky and pauses for a minute. Martha laughed at her past struggles earlier, but now her tone is serious. “I used to be afraid of AIDS too” she says with a smile, “but they needed me so badly!”.

At the time, Martha knew very little about the disease. Well, she would learn about it! From 2002 to 2007, she visits the sick with a young girl, Teresa, before a Buddhist nun joins the small team. They offer the sick a little food and sit with the dying. “Back then, all we did was bury our dead’, says Martha with a sadness that she rarely shows. Thanks to this little group and to a doctor who works for the United Nations Development Programme, the organisation in charge of supporting local development initiatives, Martha obtains official status and forms a small organisation which she names ‘Mirror of Charity. ‘We are the reflection of love’ she explains, with characteristic humility.  With the United Nation’s support, the organisation gains certain independence from official government politics. Martha is able to work openly helping AIDS patients to at least improve their living conditions, if not allowing them access to medicine. She sets up a nutritional programme, helps families develop small shops of their own compatible with their level of energy thanks to micro-credit, and starts to look around for a site for sale to build a centre.

She wants to offer young prostitutes with AIDS somewhere to undergo rehabilitation. The Buddhist belief that change is always possible serves her purpose well. Martha buys a house from a couple that happens to face the road – a sign of bad luck. I meet with Martha here at the centre that she built and notice that she wears the same threadbare habit that she did 14 years ago. But like her patron saint, Martha isn’t going to stop while things are going so well. ‘Back then I was furious’, she explains, although it’s hard to imagine her angry. ‘I visited patient centres in Thailand and I knew a treatment for AIDS existed. I was appalled at the injustice of not being able to access it because of government politics.’

At a conference on HIV in Sri Lanka organised by the International Congress on AIDS in Asia and the Pacific, a Red Cross doctor officially congratulates himself on the decrease in the pandemic in Burma while in reality more and more are dying. Martha approaches a Danish doctor working with Doctors without Borders in Rangoon. She succeeds in guaranteeing appointments for all her patients in a month’s time at one of Rangoon’s hospitals. People warn Martha that transporting 35 people to Rangoon when travelling is prohibited by the military junta presents a tremendous challenge. Others remind her that many of her passengers are without any form of ID to present at the various checkpoints along the way, but she refuses to back down. 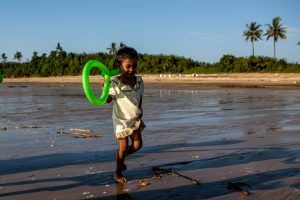 Martha is tenacious, and won’t even let the explosive Saffron Revolution – the protest movement led by Buddhist monks in Rangoon that brings Burma to the brink of civil war – deter her.  She thinks she’s found a way for her patients to access medical treatment. She rents a bus and sets off. Many of the passengers are dying. The youngest is just 3 months old. The journey takes 9 hours. Along the way, she derives a certain pleasure in telling the soldiers at the checkpoints that everyone on the bus is infected with AIDS. Fear of the disease allows them all to continue on their journey.  The soldiers let the bus pass rather than check the travellers’ IDs and risk infection.  The gamble pays off. Following a week of exams, the Danish doctor disregards all Doctors without Borders procedures and commits to providing the patients at Martha’s centre with antiretroviral treatment.  Finally, there’s light at the end of the tunnel.