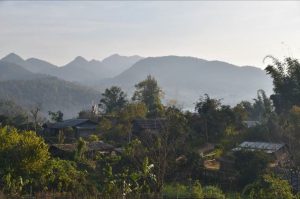 This programme supports children in the small village of Nam Hkai in the Shan mountains. Situated in the North-East of Burma, the Shan State is the largest administrative division in Myanmar, covering nearly a quarter of the area of the country. It takes its name from the Shan people who make up the ethnic majority of the region. The Shans make up 9% of the Burmese population. The majority are Buddhists, although Christians and Polytheists may also be counted amongst them. There are numerous ethnic groups also living in this zone, including the Zaiwas, the Palaungs, the Lisu, the Jinhpaw, the Lahu, the Merhu… forming together a patchwork quilt of diverse languages, cultures and societies.

Nam Hkai is a 2-3 hours’ drive through hazardous trails from Lashio. It is a small isolated village with only a primary school and a kindergarten. After the 4th grade (equivalent to grade 6 in the UK), school children must leave Nam Hkai to continue their education in neighbouring towns: 30% go to Lashio, 30% to Loï-Hkam, 30% enter Taïni and 10% to Kutkaï. 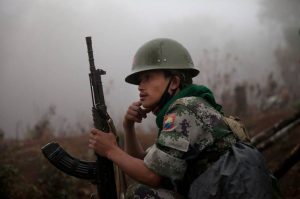 Apart from isolation and extreme poverty, the families face added challenges. Myanmar has become the second-largest producer in the world of opium, after Afghanistan. Opium is now the largest scourge of the Shan state, which is in the middle of a golden triangle with China to the North, Laos to the East and Thailand in the South. 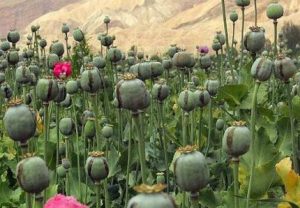 The area dedicated to the cultivation of poppies has multiplied 5 times in the last 3 years and currently stands at 4,500 hectares. Armed militia roams the region and armed conflict is frequent. Forced conscription of boys and girls happens routinely and it is common to see 12-year old children wearing a uniform of the local armed group. Addiction is also common in the region and So, the little money available in the family is constantly devoted to addiction. Sometimes they sell furniture, kitchen utensils, clothes, anything as long as it is traded for a dose or a pill. Sometimes, family members have also been known to sell children in exchange for a small amount of opium. 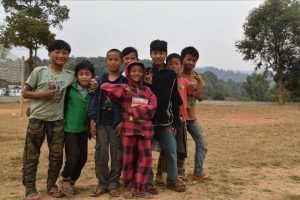 Your sponsorship is given each month to the families so that they can pay for school for their child and buy school supplies which are often far beyond their means. For example, here are the costs of some common requirements:

Some months, the sum also allows the family to buy better food with meat or better-quality vegetables. Many children are starving and improving their nutrition is a great opportunity for them and their family.

Help the children of Nam Hkai dream of a better future! Sponsor a child today.

Sponsor a child from Nam Hkai 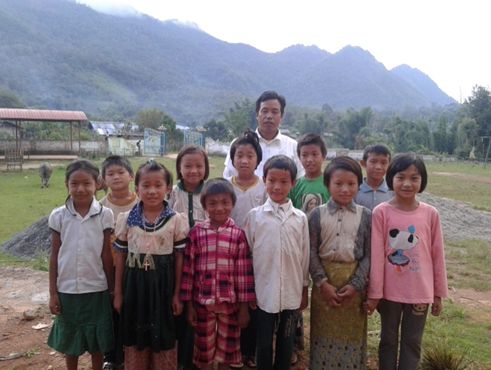