The centre for orphaned and disabled children is located in Phayaphyu district near Taunggyi, the largest city and capital of Shan state in the eastern part of Myanmar, near China and Thailand. The sponsored children in this eastern region of Myanmar generally come from remote/isolated villages without electricity and difficult access. They often come from large families. The children sometimes are left to their own devices when their parents are away from home for several days to work in faraway fields. Abandoned, with no families, or when their families don’t have the means to look after them, they come to the centre to be cared for and benefit from the support they need. Whilst some of them are self-sufficient, others require permanent support.

The children primarily belong to Kayah, Shan, Karen minority ethnic groups. Each of the main groups is further divided into “sub-ethnic” groups. For example, Although the Kayahs represent less than one per cent of the population, they include several sub-ethnic groups such as the Kayans. Each ethnic group has its own language, customs and traditions.

The home is run by the order of Sisters of Charity. The centre benefits from assistance from the Ministry of Health. Children of the Mekong has worked with the Sisters of Charity since 2011 to offer a sponsorship programme where children are supported from the level of primary school right up to university level.

The Phayaphyu centre helps one hundred and eighteen physically or mentally disabled people aged between seven and ninety-two. In addition, the organisation also supports forty-two primary and secondary school children. Their school is ten minutes away and the children walk there. In the centre, a supervisor helps them to study and a teacher comes to tutor them in the evenings or at weekends. Children of the Mekong supports those children’s education through individual sponsorship.

The Burmese schooling system has an ingrained culture of paid tutoring outside of formal school hours. The children attend regular school in the day but are expected to attend morning, evening or weekend tutoring classes (or tuitions – in local parlance). These classes are mandatory and all students must attend them if they want to have a chance to pass into the next grade or pass an exam. The tuitions are particularly costly and indispensable as the students near Matriculation (end of secondary school curriculum exam) in Standard 9 and Standard 10.

Your sponsorship helps us cover the costs of formal schooling for these disadvantaged children at the Phayaphyu centre as well as a part of the tutoring costs for the children.

Sponsor a child from Phayaphiu 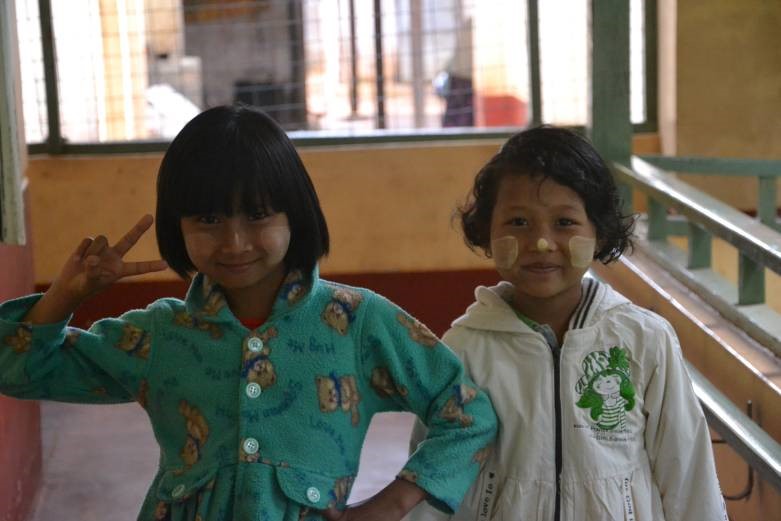