A PHASED RETURN TO CLASSES

In Cambodia, the return to school is happening gradually even though the official date was announced for the 4th of January 2021. “In the meantime, pupils are permitted to return to classes in three phases in order to implement very strict rules for the prevention of Covid”, explains Martin Maindiaux, director for Children of the Mekong in Cambodia. On the 7th of  September years 9 and 12 of the public schools who were able to go back to their classrooms, as well as all primary school classes. The other years will be following gradually. However, the number of classrooms available is likely to pose a problem. Schools are going to have to move from classrooms where there were 30-40 pupils to classrooms with a maximum of 15. The high school certificate exams which usually take place in August will be arranged for around 21 December. When it comes to universities, they have not yet set a reopening date.

“If schools remain closed for now, it’s not necessarily negative” underlines Martin. “We are suffering from patchy and often unclear information but the government appears to want to use this unique time to totally reform the education system which has long been blighted by teachers who charge for learning by forcing children to take their private paid classes.” It is this practice which, several years ago, led Children of the Mekong to set up free classes in its centres and residences for the poorest children, supplementing school lessons as these were insufficient to obtain the high school diploma. “If the government is proposing a new organisation of schooling that is more egalitarian, then we can only rejoice in that,” confirms the director of the Sisophon school centre. This reform will integrate distance learning practices that appear to have had successful results during the health crisis. 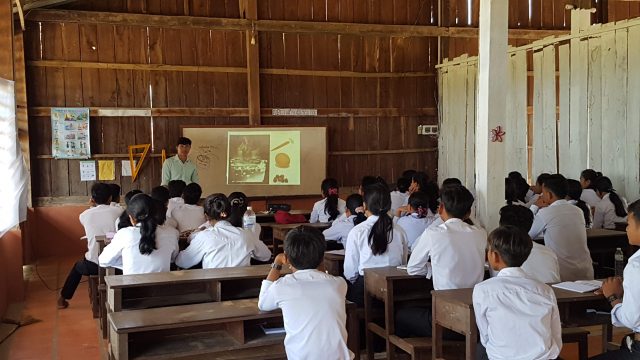 Although children sponsored by Children of the Mekong have had the right to this formula since the end of March, the whole of Cambodia officially adopted it in May. “Of course, this way of doing things is not the best and cannot replace classes in person but despite this, I have found that it has been an interesting experience for Cambodia”, enthuses Martin Maindiaux. “To my great surprise, some pupils have made remarkable progress thanks to these new methods.” This is the case with Chinh, a student at the Sisophon centre. “When I asked him how he had found it, he explained to me that when he didn’t understand, he could watch the video several times over whereas in class he can’t keep asking the teacher. Online classes are better quality and more educational.”

ISOLATION OF THE PROVINCES 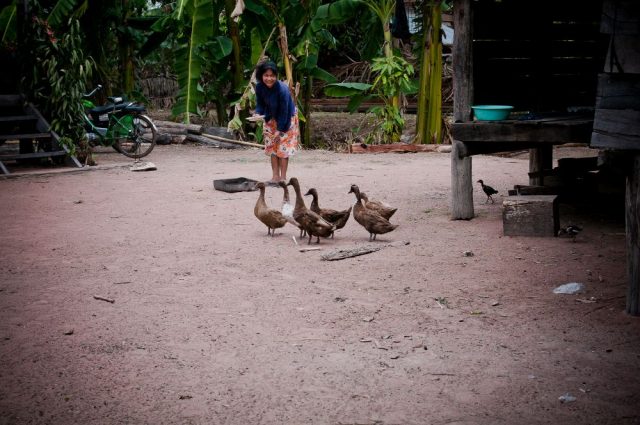 In contrast, for university students, the return to their villages is sometimes difficult. “Our students have online classes, which are difficult to follow in the provinces where the connection is patchy. Many of them have lost the habit of speaking in English or French; they are not very motivated to study online and when they connect, it’s by telephone. Their living conditions are not conducive to studying: their often poorly educated parents don’t understand the investment required in higher education, and the students often have to work with them to help the family”, explains Agathe Ducellier, overseas volunteer at the Doctor Christophe Mérieux centre.

THE SOLITUDE IS SOMETIMES TOO GREAT

Online learning, therefore, has its limits, of which the first is that it isolates children:

“I miss my friends!”

Martin hears this phrase regularly when he has to explain to a student that they cannot come back to the residence yet. “The strength of the residences created by Children of the Mekong is the friendship and brotherhood from the four corners of the region! It’s very important for all these children who often have family problems and are very isolated in their villages”, emphasises Martin, who is trying to convince the governor of his region of the urgency in reopening school residences. “We have visited the villages a lot in these past months in order to maintain the link between these young people, Children of the Mekong, their families and schools. These links are vital but not enough. All of our sponsored children want to come back!”  To come back to Sisophon, come back to the Doctor Christophe Mérieux centre, a bit like coming back to their second home to see their friends again and have the chance to go back to school!

You can support our education programmes in Cambodia 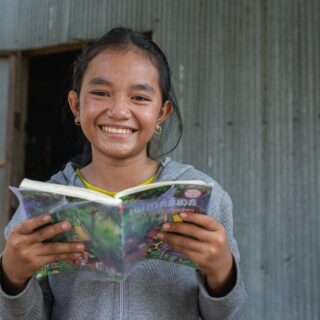 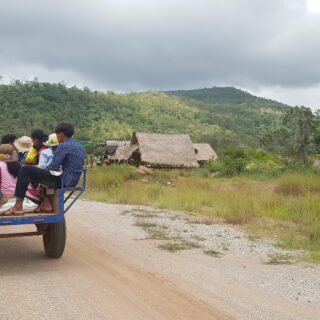