Understand everything in 4 minutes

Imagine a village without water or electricity. A village in the heart of the jungle, on top of a mountain. A village accessible by a dirt track, turning into a mudslide in the rainy season, guarded by a few soldiers from the local militia. Finally imagine, in the midst of soldiers and peasants, between wooden houses and sheet metal plates, dozens of children laughing and running towards you.

Welcome to the Karen (or Kayin) and Kayah (or Karenni) states, two small Myanmar states on the Thai border. Since the 1950s, these states have been fighting against the Myanmar junta for more independence and for recognition of their rights as full citizens.

Forgotten by development, the inhabitants of the region live mainly from agriculture.

Rice, vegetables, and fruit trees. The families are very large, often more than seven children. Many families barely cultivate enough to feed their children. In addition, soil depletion leads to lower harvests. Cultivation on slash and burn is more and more present, and the soils are left to rest for less time. Crop intensification leads to a drop in land productivity.

Some families then choose to look for a hypothetical job in the cities of the region (Mobye, Loikaw) or abroad. Others work in tungsten mines under very difficult and sometimes dangerous conditions. Finally, some turn to drug trafficking. The region is indeed at the gates of the “Golden Triangle”, a traffic zone between Myanmar, Thailand, Laos and China. Poppy crops flourish everywhere to produce Yaba or heroin, two highly addictive drugs with devastating effects on mental and physical health.

Dive into Karen and Karenni Lands

The Karen and Kayah states bring together several ethnic minorities or ethnic groups: Karens, Shan, Po-O, Mon, Karennis (or red Karen), etc. Each ethnic group has its own language and claims a strong culture.

Consequence on education: the children do not speak or write Burmese. It is therefore impossible for them to join the Myanmar public school, let alone college or high school.

Another strong consequence: the demands for independence of these ethnic groups push the Myanmar government to leave them on the margins. There is therefore segregation, making it difficult or even impossible for Karens or Karennis to access certain positions. Since the February 2021 coup, this area has also been at the heart of numerous armed conflicts and abuses by the Tatmadaw, the all-powerful Myanmar army. It was in Kayah state, for example, that the massacre of December 24 took place, where thirty-five civilians were found charred in a bus on Christmas Eve.

No or little government investment, this also means few schools, colleges and high schools. Some children live several hours walk from the first public school. And what about those who live in isolated villages, in the middle of the jungle or in the most mountainous areas, reached only by a dirt track?

To this lack of infrastructure is added a lack of interest in the school. Many parents cannot read or write. For those from an ethnic minority, they do not even speak Burmese, the national language of the country in which public school lessons are taught.

How can a child be able to go to school if his parents have never been there, if lessons are given in a language he does not understand, if he has to walk for several hours to go there and if his family, already very poor, has to buy a uniform, books, and equipment to renew each year?

Despite this rather black picture, solutions exist! Hopeful initiatives flourish everywhere in the Karen and Kayah state.

The government is not building schools? 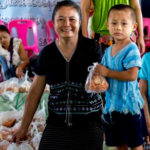 Eh Thwa, a courageous mother, sets up an underground school in the middle of the jungle. The solution works, others imitate it. In a few years, a network of thirty-four schools was created, allowing, with the support of Children of the Mekong, to educate more than three thousand children.

Families are fleeing conflicts and are forced to abandon their homes or even their children?

The KWO (Karen Women Organization or Association of Karen Women) creates schools, homes and orphanages to accommodate all children, whatever the situation. This is how, despite the war and government abuses, children continue to learn: in homes, in refugee camps, in orphanages. Support the Mu Traw home, an exceptional place run by Karen women.

Do young people in big cities sink into drugs, idleness and misery?

Assumpta, a dynamic teacher trained in psychology and Montessori methods, built a middle school and high school with Children of the Mekong. She trains teachers, teaches, organizes summer camps for all the poor children of the region. Despite war and misery, this exceptional woman never loses hope and always has plans. Help Assumpta carry out her educational projects in the village of Sisong!

Finally, faced with the remoteness of the school and despite the isolation of the villages, the diocese of Taunggu has created dozens of small boarding schools, in which children and adolescents can sleep in safety and take lessons. These homes have very basic comfort. Often no electricity, few of them have running water, and some only serve two meals a day. But these are joyful, studious, and above all safe places: an oh-so-important criterion in a country that is sinking a little deeper into civil war every day. Allow the homes of the diocese of Taunggu to continue their educational mission.

GIVE MYANMAR CHILDREN THE CHANCE TO GO TO SCHOOL, DESPITE THE WAR IN MYANMAR.

When you sponsor a child, you allow him or her to go to school. The money you send allows the child to buy the books, the uniform, the school materials, and helps their family to buy basic necessities (mainly rice and hygiene products). You exchange letters with your sponsored child and thus support him morally. 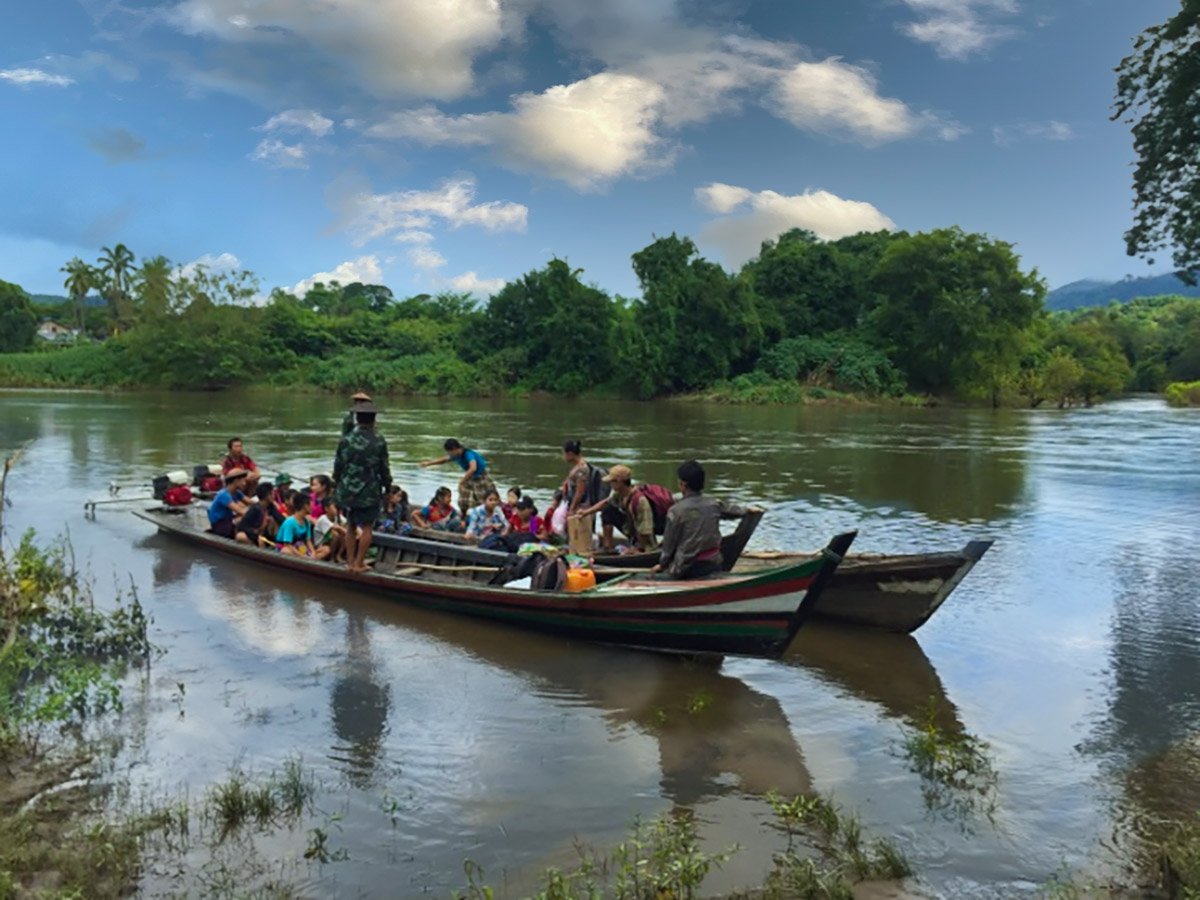 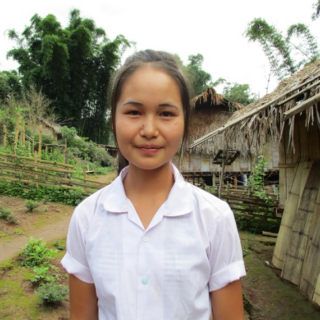 My name is Naw Hsa Ree Dah. I study in year 12. I have nine siblings. My parents couldn’t send all of us to school because they needed help in the fields. They never rest and don’t really have time to take care of us. They are also very afraid of the Myanmar army soldiers who come and destroy the crops. Besides, all the villagers are still very worried. When we hear that the army is about to arrive, we are forced to hide our equipment and our food. I already had to flee and hide in the jungle with all my family to escape the army. I am very happy to be able to come and live in the dormitories of KWO (Karen Women Organization, Karen Women’s Association) and to be able to continue my studies. When I’m here, I don’t have to worry about my safety and the teachers take very good care of us. I hope KWO will continue to take care of us and the dorms as this is really important to us. I will stay here until I finish my studies, and then I will work for the community and to help my people.