Maison Chance: A peace haven for life’s unfortunates - Children of the Mekong
Go to main content

A few months after the new Maison Chance centre in Dak Nong was opened in 2020, the school was forced to close its doors to newcomers in order to comply with Covid-19 restrictions. But life goes on for those already in residence, who are able to take advantage of the dozens or so activities on offer – from IT to art, and from gardening to sewing.

FROM GENEVA TO SAIGON

In the prime of life and with a genuine smile, Aline Rebeaud has devoted her life to looking after Vietnamese people in need. A native of Switzerland, she was born close to Lake Geneva to a family of artists and musicians. Her enthusiasm for altruism was nurtured by the involvement of her father in the Swiss Green Party, and by her own experience of caring for her younger brother, who was deaf.

Her parents split up acrimoniously when she was twelve, so she was forced to grow up fast. She published some drawings in her father’s journal that same year. By the time she was fourteen, she had several little jobs, including babysitting, teaching English and so on.

When she had turned sixteen Aline both enrolled at the Geneva University of Art and Design (École Supérieure des Beaux-Arts de Genève) and exhibited her oil paintings for the first time before giving it all up to become an apprentice to André Martins de Barros, at his studio in Rue Lepic in Paris. Unhappy with her surrealist style she learnt new techniques from him, specialising in glazing.

“Still only 16, I went off to Thailand with a guy aged 20 – completely lost” she reminisces with some amusement. When she got back she learnt Thai and started teaching art to people with learning difficulties and hearing impairments in Paris, where she remained for the next three years.

At the age of 19, showing her work at a personal exhibition entitled “A Marriage of Cultures”, Aline was invited by the President of the Swiss-Mongolian Association to paint the horses of the steppes. She bought a compass and a horse for 50 dollars and set off, adventure in mind!

“I was an independent young woman, as free as the wind” she recalls, with a twinkle in her eye. In the course of her many adventures, she travelled far and wide, crossing northern Europe, Russia, Mongolia and China – on foot and horseback, by train and by car, in lorries and onboard boats – before settling in Vietnam.

“I immediately felt at home, despite not speaking a word of the language”

she continues. She has now lived in Vietnam for more than 20 years, alongside hundreds of unfortunates, orphans and disabled people, who have become her family.

The Maison Chance family is made up of people who have only one thing in common: a terrible destiny that could have seen them sink and disappear without trace…But they have been given a second chance.

DISABLED – AND LIVING ON THE STREETS

The amazing story of the Maison Chance Association starts in the streets of Saigon, where Aline met Dung, a young Cambodian refugee who became her protégé for several days. When she had to leave the country to renew her visa Aline took him to a rehabilitation centre, but he did not stay. So she set out to find him, combing the streets, the hospitals and psychiatric homes, encountering a variety of disabled beggars, vulnerable elderly people, and other unfortunates cast adrift. In an asylum where the conditions were particularly harsh, she came across a second young man, called Thanh, who was suffering from a serious heart condition and had been left in a corner to die. Without a moment’s hesitation, she demanded to be allowed to care for him and took him for surgery at the Heart Hospital. She remained at the bedside of her new protégé for three months and found accommodation for them to share when he was discharged. She treated him like a brother – feeding him, dressing him, caring for him, and teaching him to read, write and draw (her own special talent). After Thanh came Binh, an orphan aged 11, followed by Minh and Tai, two young men afflicted by paralysis for whom she also arranged care. Soon she was running a centre.

“I didn’t give it too much thought; I followed my heart. Today the Association looks after 700 people but thousands have gone before them. At the end of the day, it all happened quite naturally.” In the first year, Tim managed to finance her activities by selling paintings, before turning for help first to her personal contacts and soon thereafter to charities, foundations, businesses and so on.

In 1996 the Association was formally registered in Vietnam “in order first and foremost to offer greater security to those in our care”. The same year saw the creation of Maison Chance France and Maison Chance Switzerland.

“Getting my first visa was complicated! Before enrolling at university I travelled in Russia, Siberia and China” explains Aline. “I have to say that it was a real experience to be in Russia in 1992 shortly after the break-up of the Soviet Union. I lived off bread, pot noodles and vodka, so I was ready for a bit of sophistication when I got to Indochina. China was something else! I loved the colourful markets, but people there looked at me as if I was a creature from outer space. In Vietnam, I felt at home immediately. I enjoyed the climate and the food. The only difficulties I encountered were in finding somewhere to live and in getting around. Anyway, I followed my instincts. Without giving it too much thought I followed my heart. In life, you have to make choices every day. When I saw Dung I could have passed by on the other side. But no, I decided to take action.” Aline received Vietnamese nationality and has been rebaptised Tim, which is Vietnamese for the heart.
At Village Chance in Saigon, the Association’s nerve centre, families enjoy sole use of their apartments. Residents can work in the various Village workshops, and their children are provided with an education.

One such child is Ly. Her family took up residence in 1995 after her father was killed in an accident and her birth mother abandoned her. The person that she, and many others, now call mother is Tim.

TAKING CARE OF OTHERS

When she was young Ly wanted to be an artist, like Tim, and every year at Christmas Tim would give her some crayons. Later she was supported by Maison Chance to study Business Administration in Pennsylvania. This was a remarkable experience for a young, disadvantaged Vietnamese woman who spoke little English, but she studied hard, single-minded in her determination to return to Vietnam to give something back as best she could. Within a month of her return, she was working as an administrator for the Association. Today she is responsible for social entrepreneurship, looking to add value to the various types of work carried out at the centre. “I’ve always wanted to do something worthwhile, to help other people. Having grown up at the centre it is in my DNA. Every teenager has an idol. Mine was Tim! She is so big-hearted, and she does so much for Vietnam.”

Ly’s case is not an isolated one. Tim’s Maison Chance has given thousands of unfortunates a way out. In Vietnam, there are no facilities for people who are physically disabled or have mental health issues. Unable to work they are condemned to a life of wretchedness. In the big family that is Maison Chance, no one is excluded. Individuals with disabilities of every kind live together in harmony. The accommodation at Vinh Long is designed to allow the residents to help one another, so that, for example, someone with Down’s Syndrome can help a tetraplegic get to bed, but the tetraplegic can return the compliment by watching over them. Ly sums it up: “The best thing about Maison Chance is that people look out for one another”. And with the opening of the centre in Dak Nong, Maison Chance has taken on a new dimension.

LIKE TIM, TAKE ACTION AND HELP OTHERS BY SUPPORTING OUR PROJECTS IN ASIA 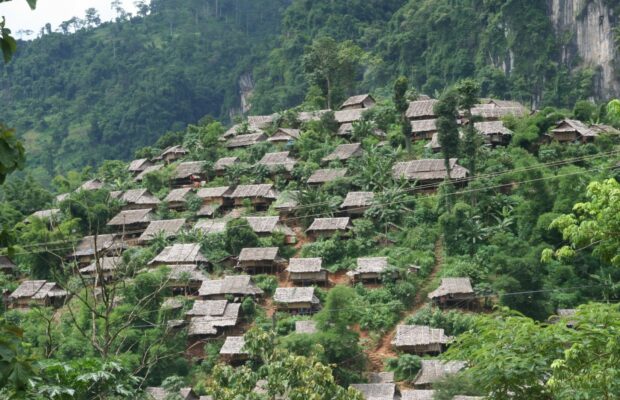 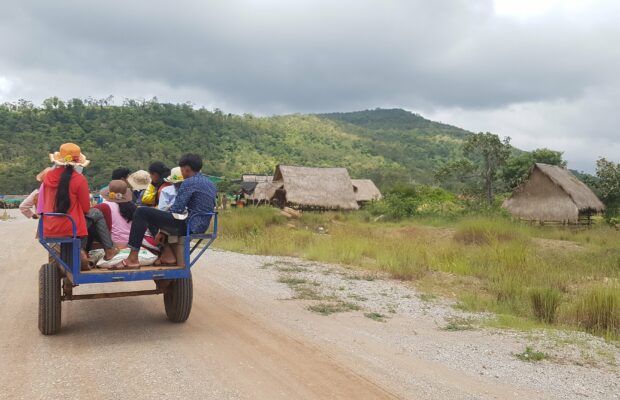 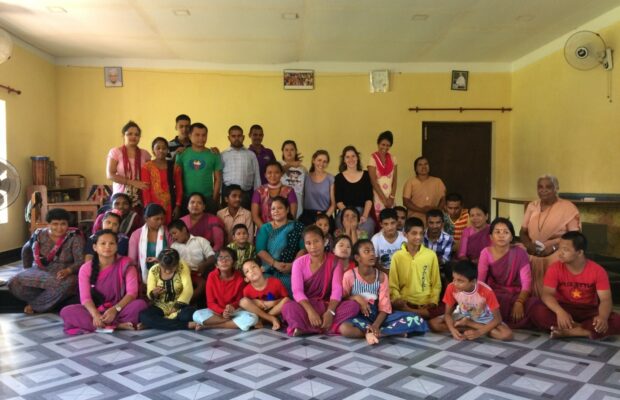 Supporting children with disabilities or chronic illnesses is a key priority for Children of the Mekong. The centre for disabled children in Bhairahawa is […]