Myanmar, the state of play in this troubled country - Children of the Mekong
Go to main content 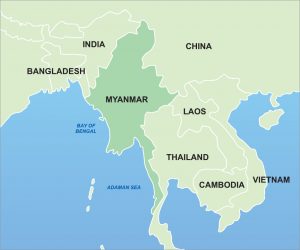 Myanmar, named Burma until 1989, has been beset with political instability since the country earned its independence from Great Britain in 1948. After years of political turmoil, the 1962 coup established a one-party rule dominated by a military junta. The Burmese military (the Tatmadaw) ruled with an iron fist until 2011.

The fate of famous pro-democratic opposition leader Aung San Suu Kyi parallels her country’s political state. Her release in 2010, after 15 years of house arrest, was a powerful symbol of the junta’s reduced omnipresence on the country’s political stage. The military’s Constitution draft ruled that the president must not be the parent of a foreigner, a provision tailored to prohibit her—mother of two British citizens—from becoming president.

However, she would lead the country’s opening in the next few years.  In 2016, Aung San Suu Kyi’s party, the National League for Democracy (NLD), won a parliamentary majority. Her childhood friend and member of the NLD, Htin Kyaw, was nominated as president, but Aung San Suu Kyi became the de facto head of state through her state counsellor role. Although her silence regarding the persecution and cleansing of Rohingya Muslims within the country has tarnished her international reputation, her popularity among the Burmese never weakened. In 2020, 79% of Burmese trusted her, according to the People’s Alliance for Credible Elections, an approval rate that was relayed at the polling station. 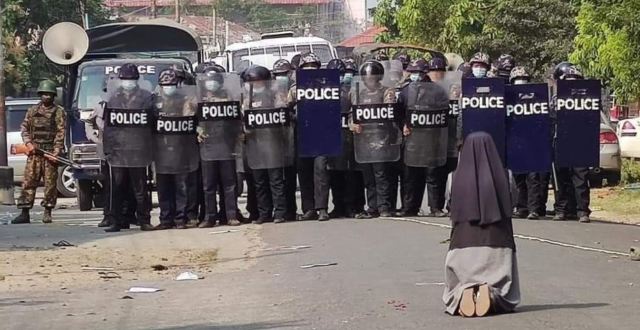 Those who hoped the country was on a path toward a complete democratic transition soon met with disappointment. During the last election cycle in November 2020, Aung San Suu Kyi’s party, the NLD, won by a landslide. The opposition and military’s proxy party, the Union Solidarity and Development Party (USDP), only won 33 seats across both houses. Claiming massive election fraud, the USDP demanded a re-run of the election, but the Electoral Commission denied their request.

On February 1st, the military seized power again when Tatmadaw deployed armoured vehicles. The military blocked the parliament’s access, where the newly elected government was due to meet for their first session. Most opposition members were arrested; Aung San Suu Kyi, President Win Myint, and other NLD political leaders have since been detained. A year-long state of emergency was declared, and power was passed to Min Aung Hlaing, the Commander-in-Chief of Defence Services.

Once again, Nobel Prize laureate Aung San Suu Kyi personified Myanmar’s struggle for democracy. She is accused of, among other things, possessing an unlicensed walkie-talkie and violating Covid restrictions. Her trial started in mid-June and has taken place behind closed doors. Charges of corruption and violating the Official Secret Act—carrying 15- and 14-year prison sentences, respectively—could mean the opposition leader will serve a life sentence. Her legal team considers these allegations primarily aim to disbar her permanently from Myanmar’s political landscape.

A violent conflict between the widespread opposition and the Tatmadaw

Hours after the coup, civilians started organizing. A wave of pro-democratic protests took over the streets, and the response from the armed forces was disproportionate. Beyond limiting the peaceful demonstrations with restrictions such as curfews, the armed forces used water cannons, rubber bullets, and live ammunition—costing the lives of many. On March 27th alone, 100 people were killed. According to the Assistance Association for Political Prisoners (AAPP), 900 people have died, and over 6500 have been arrested over six months.

Adopting the three-finger salute that gained fame in the Hunger Games movies and previously used by Thai activists as a symbol of resistance, these mass demonstrations are not the only way citizens channelled their opposition. Some activists organized citizen militias to respond to the Tatmadaw. Most famously, the newly formed People’s Defense Forces operate as the official military wing of the National Unity Government (NUG), the shadow government formed by ousted politicians.

Furthermore, conflicts between the army and ethnic groups have surged since the coup. Comprising over 130 ethnic groups, ethnic conflicts have always been part of the country’s politics. Before the coup, over 20 ethnic rebel groups demanding autonomy were at different stages of conflict against the state. Since February, certain rebel groups have rearmed and actively opposed the junta. Home to the country’s third-largest ethnic group, the Kayin (formally Karen) state has been the scene of the world’s longest ongoing civil war. The Tatmadaw resurgence has strained the Kayin (Karen) to further defend their territory. A degree of violence unseen for decades has plagued the country. Experts warn that the coup has rekindled anger throughout the Southeast Asian nation, and a potential union of different ethnic groups against the Tatmadaw could lead Myanmar toward civil war.

The junta’s violence is not sparing children. As of July 2021, the military forces deployed in the country have already assassinated 72 adolescents and children, according to the AAPP. Furthermore, the conflict’s extreme brutality has pushed many families to flee their homes and find refuge in bordering countries or in the nearby forest. Thus, the crisis has stopped many from accessing basic necessities. The United Nations recently found that 230 000 people have been displaced since February. 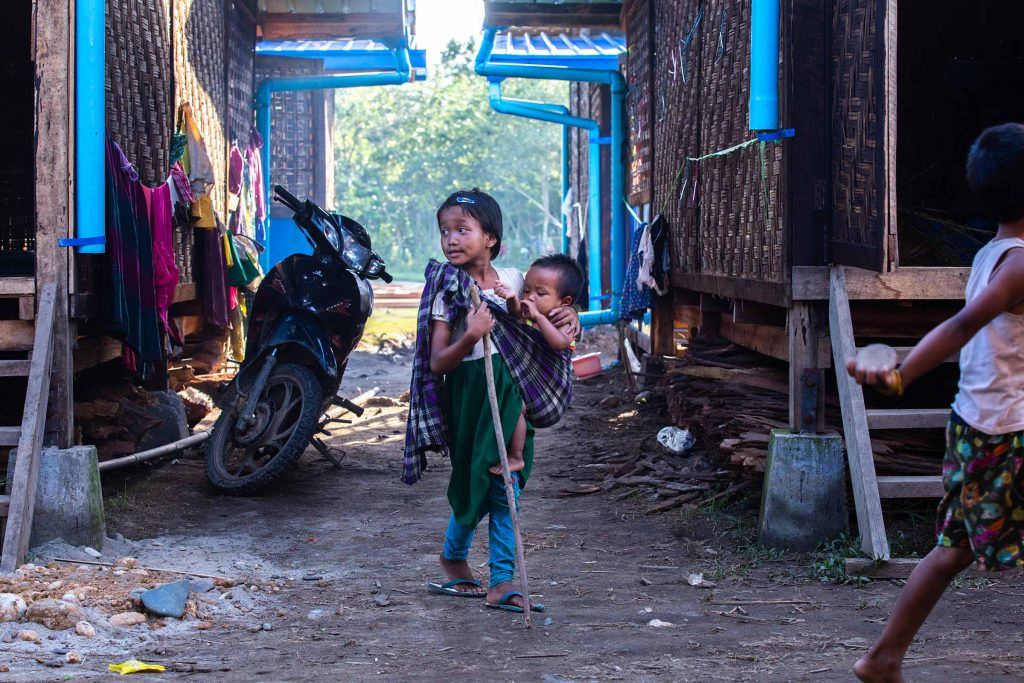 Despite the crisis, Children of the Mekong continues to work

Although the country’s current situation has significantly affected Children of the Mekong programmes, we have been able to continue our work thanks to the network of devoted people we have built over the years. The effort of our local directors has ensured that our help addresses the most pressing matters.

We are helping by diversifying our actions in the field. The distribution of food has become essential. The military coup put yet a new strain on a faltering economy already struggling with one of the most severe Covid outbreaks in the region. For many, the exponential increase in food prices has rendered essential commodities inaccessible. We thus make certain that our sponsored children, their families, and neighbouring communities receive the aid they need.

At Children of the Mekong, we also aim to continue our long-term projects. Building schools or boarding houses to welcome sponsored children and ensuring that students can access education remain priorities even in this challenging time. Nevertheless, the growing crisis has slowed our progress. Covid restrictions prohibit large gatherings and hinder access

TO SUPPORT OUR VITAL WORK IN MYANMAR