Marcus Fedder is a Trustee of Children of the Mekong. He wrote Sarabande in 2008 and offers all proceeds to support children’s education in Southeast Asia.

Janna is committed to her life as a doctor in London, and becoming increasingly involved with Dan. She is determined not to get drawn into the unfolding tragedy of her native Sarajevo, despite the fact that her parents remain there, in serious danger. But the brutal war won’t let her forget, and she finds herself – despite everything she is working for – unable to escape her past and the consequences of her country’s history. Sensitive but hard-hitting, Sarabande paints a vivid portrait of events that shocked the world. 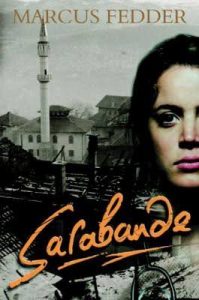 Sarabande is fiction. Pure fiction. I have to state this upfront as a number of people who read the book and who do not know me asked whether this is autobiographical. It isn’t. None of the main characters exists in real life, though many could have existed. Sarajevo, however, exists and is once again beautiful and peaceful. When I arrived at Sarajevo Airport many years ago and drove down what once used to be Sniper Alley, the city was still scarred, there were bombed-out buildings, visible destruction. But the biggest scars I found were psychological scars. Everyone I met had suffered, had lost relatives or friends. And yet, sitting in the many Cafes, I found people friendly, open and immensely positive. I realised I had to write about Sarajevo, about the war and the tragedy that happened in the middle of Europe.

Child sponsorship is at the heart of our action. Learn how you can make a difference by sponsoring a child.