Sister Marie-Catherine, a life for Laos - Children of the Mekong
Go to main content

A member of the order of the Sisters of Charity, Sister Marie-Catherine knew René Péchard when he was just a simple dentist in the Laotian capital and when Children of the Mekong did not yet exist. When he opened a home for young girls, he entrusted the establishment to Sister Marie-Catherine. Many years later, she would tell the many volunteers who had come to support her in her various missions (including that of the school for the deaf and intellectually disabled in Luang Prabang which she created), that the founder of Children of the Mekong had given her before his hasty departure from Laos a trunk that he had never come to look for and that she had never opened…

“Perhaps the trunk contained a treasure,” said the nun, laughing. Sister Marie-Catherine was an exceptional storyteller and caretaker. She supported hundreds of young girls whom she considered her own daughters. It is perhaps this wealth that was her greatest treasure and that she defended so well against all the hazards of life in a country whose modern upheavals she has lived through!

Born on July 3, 1930 in the village of Wanhoua, in Quang Tri province in Vietnam, Sister Marie-Catherine or Sister Youngmali was the third in a family of seven children (two boys and five girls). Of Vietnamese origin, she arrived very young in Laos. She entered holy orders in 1949. Then she joined the first religious congregation of the Sisters of Charity. From that moment, she traveled to the different provinces for her successive missions. Indeed, in the order of the Sisters of Charity, the nuns are invited to change their place of mission every seven years. She died at the age of 92, at Sister Metachit’s retirement home in the village of Packsimen in Thakek. Sister Marie-Catherine devoted the 73 years of her religious life to helping others, giving full meaning to the name of order she chose when she was 19.

Sister Marie-Catherine began her apostolate in Thakek in 1953, then in Savannakhet. Back in Vientiane, she worked as a primary school teacher in a school next to the church. It was after this rich experience in the school environment that she left for France to study. She arrived in Paris to learn French, before continuing her studies at the housekeeping school in La Roche-sur-Foron. Studious and diligent, she taught for a year in France before flying off again to Laos, her land of mission and adoption. There, she took a job as a teacher, first in Vientiane, then in Xeingkhouang. Health problems force her to take a little distance, but her temperament, which many volunteers have witnessed, is both her greatest flaw and her greatest quality. It is this inner fire that all builders know that always brings her back to the field.

“In each of her new projects, the nun is keen to offer the most disadvantaged (and in particular young girls) the keys to their autonomy.

“In each of her new projects, the nun is keen to offer the most disadvantaged (and in particular young girls) the keys to their autonomy.

From that moment, in 1968, Sister Marie-Catherine founded her first school where young girls learn traditional weaving, in Thakek. From then on, she found her life’s guiding principle. In each of her new projects, the nun offered the most deprived (and in particular, young girls) the keys to their autonomy. Employing what she has learned in her housekeeping school in France, she founded her second Daohaloune weaving school in Savannakhet in 1971. This was coupled with a home for adolescents and young people. In 1991, she established a housekeeping school in the village of Saladeng in Vientiane as well as a center to promote young people. Other housekeeping schools will follow in Thakek and Savannakhet.

Sister Bounmy told me that she and Sister Marie-Catherine knew René Pechard very well, founder of the association Children of the Mékong (1977). He was their dentist. She described him as an admirable man: when he was working in Vientiane, he took in two children who lived on the streets and saved many young mixed-race people during the war (1975-1977) by evacuating them to France. By creating his association, he aimed to help a large number of children to access education. This meeting between Sister Marie-Catherine and René Péchard was the starting point of their collaboration to promote education and the transmission of know-how.

A NEW KIND OF SCHOOL

Between 2005 and 2015, Sister Marie-Catherine worked on another project, modern and wildly generous, the fruits of which exceeded anything she had imagined at the start. The nun prepares and then opens in 2008 a new kind of school in Laos, which welcomes deaf and mute children. At the time, there was only one such school in the whole country, in Vientiane, the capital. In the village of Phoumock near Luang Prabang, the school welcomed its first students in November 2008. It was an immediate success as the needs were great. Five years after the opening of the school, the nun devoted to these children, whom no one wants because of their reputation for bad karma, launches a project for a boarding house to welcome young girls with full board and train them in trades. It’s the Center for the Advancement of Women. It is in this Center that the young Phout, one of the heroines of the documentary film GRANDIR, shot during the 60th anniversary of the association Children of the Mekong, did her apprenticeship.

But in 2015, Sister Marie-Catherine turns 85 and begins to show signs of weakness. Her life as an educator has not spared her. She has to give up this mission due to health problems. After living in Vientiane for a year to get treatment, she goes to a retirement home in Thakek. It was there that she passed away peacefully. 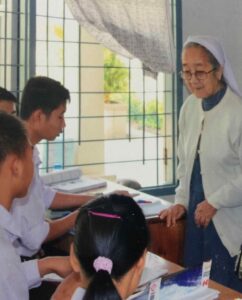 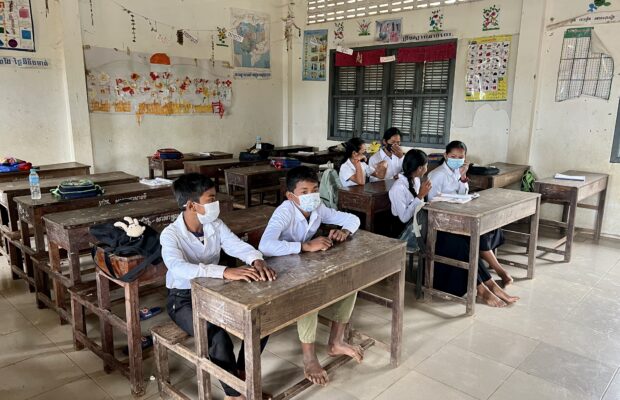 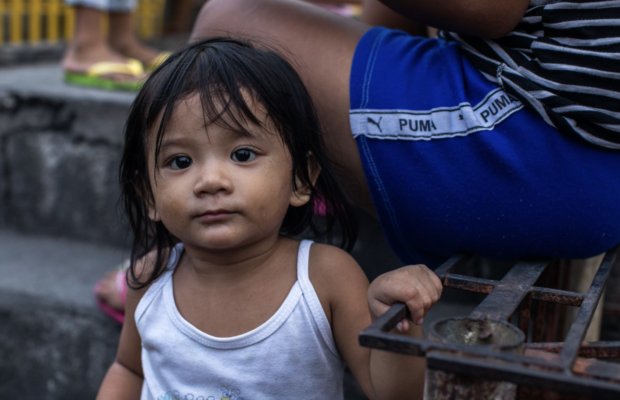 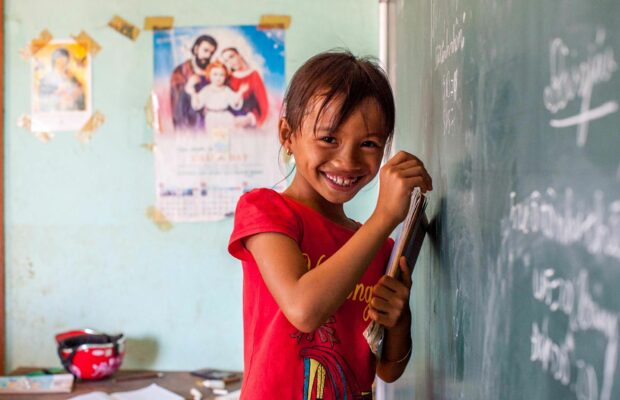 Child sponsorship involves donating money every month to support a child living in a region of the world particularly affected by poverty. Thanks to […] 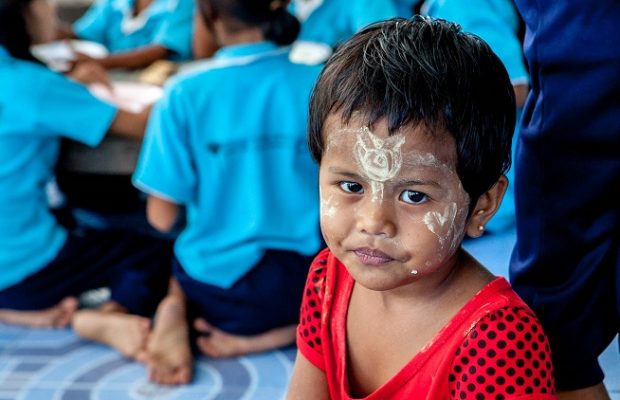 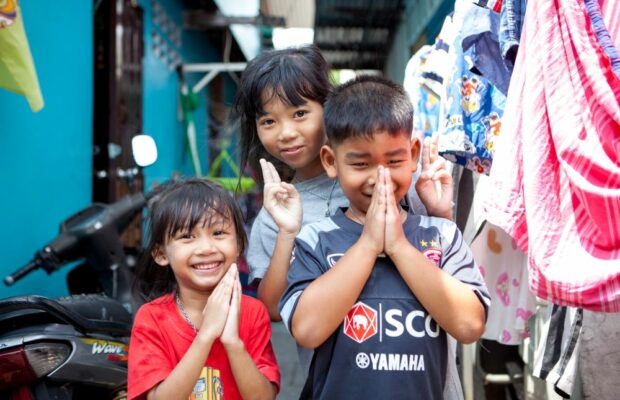 Students in most countries have since fallen behind their learning, specifically children living in the poorest families, those living in rural areas, and children […]