As we have reached the end of our virtual trip through the Philippines, we would like to look back on the testimonies of the students we met along the way… as well as introduce you to a few new ones we thought you shouldn’t miss out on! Enjoy this little trip down a Filipino memory lane.

Our first stop was Cebu, where we met Janena. The young woman wanted to become a doctor after her father died due to the lack of access to healthcare. Janena certainly is very brave and we wish her the very best on her journey to great things!

“The moment I entered the education centre, my life changed. We are 48 different scholars with different personalities, we come from different places, we have different perspectives, different dreams, but it’s wonderful to be able to learn with them, to grow with them. The centre is not just supporting us financially or supporting our studies, but also helping us to become the best version of ourselves” 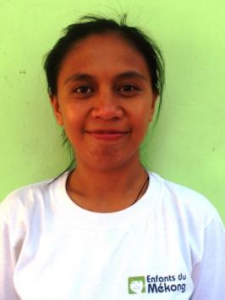 At the Cebu education centre, another powerful young woman left her mark: Jean Garcia graduated 2 years ago, yet her words about community resonate with those of Janena.

“We are presented with opportunities and have a duty to grasp them. 6 years ago, I was dreaming of going to university and an opportunity came: I could get a grant. I signed up for University against my parents’ wishes, as they wanted me to start working straight after high school.

The centre helped me tremendously, Children of the Mekong didn’t just give me a future, but also a family to rely on. We had to go our separate way after graduating, but I will always cherish the memories I made.” 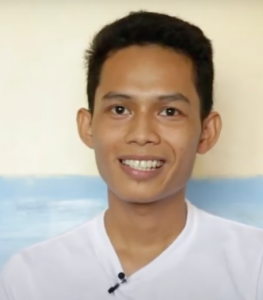 From Cebu we moved south, towards Butuan. In the vibrant city, we got know Rhyme who is certainly wise beyond his years, he stated that “Life is a matter of determination and perseverance, success depends on how you work and defy the struggles”. Far from being brought down by obstacles or feeling sorry for himself because he wasn’t born in an affluent family, Rhyme is ready to take his life into his own hands, and with this kind of determination, we are sure he will be able to move mountains!

We spent too short a time in Butuan and missed out on Elma, who was staying at the centre when she was in the university of Caraga. She is yet another example of a student full of potential and ready to work hard to achieve her dreams. “I grew up with my family, financially poor but rich in love. Now I’m studying at the University of Caraga, the university of my dreams. I believe that success is not a coincidence: you have to work hard and persevere, learn, study and make sacrifices, and the most important thing is to love what you do or what you learn.”

Dumaguete was the third stop on our expedition to the Philippines. The city is known for its many prestigious universities which makes it very attractive to Filipino students. We met one of them at our education centre: Rilyn, who helped us tour the facility. She also had a few words for us “I am one of those lucky students, I wanted to fulfil my dreams and Children of the Mekong gave me the opportunity. I never mind about the way I live today, but I mind about my future, I have learnt that problems and challenges will just pass by, I’ll never let myself give up. The centre is helping me to become a stronger and more independent woman.”

Had we stayed a bit longer, we also would have met Sharmen, a bright 21-year-old who just graduated from her bachelor in psychology. She now tells us a little more about her experience at the education centre in Dumaguete.

“I grew up in a family who didn’t have much and I never thought I would receive so much happiness, love and attention. From a very young age, as the oldest child, I had to take on a lot of responsibilities, like the upkeep of the house. Every morning, when I woke up, I witnessed my parents work hard to be able to pay for our living expenses. That made me want to study when I would be older so that I could help support them in return.

When I arrived at Children of the Mekong’s education centre in Dumaguete, I was warmly welcomed by the French volunteer and the social worker, as well as the other sponsored children. Coming from different villages didn’t stop us from becoming close friends and thanks to them I found a new family as mine was so far away.

Thanks to the workshops organised by Children of the Mekong, I have learnt many things and feel like I became a better version of myself. Through the tasks and the schedule we are given at the centre, I can become more independent and organised. Challenges, issues and obstacles are inevitable but without them, we would never know we can overcome those situations. Children of the Mekong’s staff is always there to comfort and give me advice. They played a huge role in my success. The help I received from Children of the Mekong will remain at the core of who I am and who I will become, it will never leave me.” 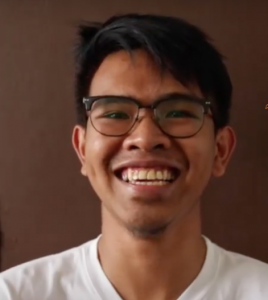 New week, new city, this time, we travelled to the very north of the Philippines, to the city of Tuguegarao and first met Jefrey, who lives in our education centre. He shared with us how living in this new environment allowed him to grow “When I came to the centre I was very shy, but the centre helped me become very brave, like a new “me”, like a brave Jefrey, respectful and open to the world“.

We missed out on meeting Jellymie, who also lives in the centre, she shared with us her outlook on living in an education centre.  “I am beyond grateful for being in this community of camaraderie, living with one shared vision. 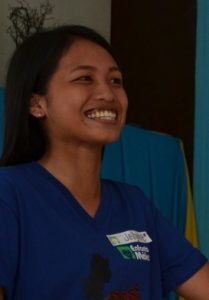 The vision of fulfilling our dreams and goals we set for ourselves and this is possible with the support of Children of the Mekong. Truly, it’s not easy dealing with people at first especially since we came from different places but once we enter the centre, we must embrace the team spirit. We must care for the others having problems in their studies, open heart for forgiveness, giving them a helping hand and applying fraternal correction if ever one fails to do his responsibility.

Even though we are not in our real families, we are provided with enough care and love. We have our staffs who act as our guidance councillor maintaining peace and order and guiding as to the path of success. Moreover, here, we have the opportunity to grow and develop as mature individuals. With this, I will forever be proud to be a Children of the Mekong scholar. “

We hope you enjoyed reading those testimonies as much as we did. Hearing the words of the students whose day to day life is so starkly different from our own is fascinating, inspirational and eye-opening. Those are young men and women who wouldn’t be where they are without the help they received. Their sponsors surely are extremely proud of them.

You too can help young people like them achieve great things and reach their dreams thanks to education. 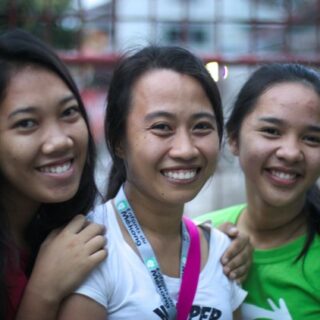