GET TO KNOW THE HMONG PEOPLE

The Hmong are originally from the mountainous regions of southern China (Guizhou region), northern Vietnam and Laos. Also known as “Miao” (苗 Miáo), which means “young shoot” in Mandarin, these nomadic peoples, traditionally not very integrated, refer to themselves as “mountain people”. 300 years ago, they migrated from China to Vietnam, Laos, Thailand and Myanmar. Today, there are 12 million Hmong worldwide, 10 million of whom live in China and 1.2 million in Vietnam, with the remaining 800,000 spread across Laos, Thailand, Myanmar, and now the United States, France and Australia.

The Hmong are an ethnic group divided into several local groups or sub-groups:

The differences between these groups can be seen in the different colours of their traditional clothing. Their history is that one of escape from repression because of their status as minorities in the large settlements with which they had to cohabit. Linguistically, each Hmong sub-group speaks a particular dialect, but all have a common root and share the same basic vocabulary. 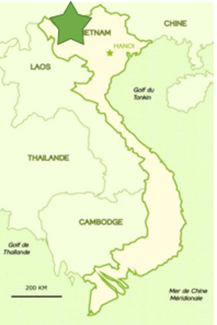 The majority of Hmong in Vietnam and Laos use 2 techniques: slash-and-burn agriculture, which involves burning vegetation on a plot of land to fertilise it and increase yields; secondly, they practice flooded rice cultivation, which makes them the artisans of the rice terraces in the northern areas of Vietnam. They also excel in fruit growing particularly apples, plums and peaches. Their good knowledge of mountain life and farming techniques has enabled them to preserve their independence and cultural identity (although this has often led to them being perceived as a troublesome ethnic group by the various states wishing to control them).

They often live in houses on mountainsides and near rivers. They traditionally use Siam wood as the main material for their houses. The houses are low and windowless to protect themselves from the climatic conditions of the mountains.

Father Pham Thanh Binh Phero, 47, the head of our SaPa sponsorship programme, dedicates his mission to the Hmong people of Lao Cai province.

“Their customs differ from those of the Vietnamese Kinhs because they can live totally self-sufficiently: traditionally wandering mountain farmers and cattle breeders, they now tend to settle down following political pressure. Simple, honest, and faithful (the adjectives he uses), they marry very young – from 13-14 years old – and speak their own dialect. Thus, when they are not in school, Hmong children do not know how to speak Vietnamese.”

In fact, as with most ethnic minorities, many Hmong children still do not go to school. Often, they live far from any school establishment and their parents prefer them to stay at home to help with household chores or graze the buffalo. “But most of those who are lucky enough to attend school finish primary school,” says Father Binh. “More and more of them are reaching the end of secondary school, but only a small minority continue on to college. With rare exceptions, their teachers are mostly Kinh, as few Hmong are still educated.”

Animists, the Hmong generally worship the spirits. But many of them were evangelised at the end of the 19th century by European missionary fathers. As a result, many are now Christians: Protestants or Catholics. The concern to preserve their cultural identity and their independence led them to engage in various conflicts such as the Indochina war with the French, the Vietnam war with the Americans or the Laotian civil war.

Thanks to you, we are helping120 children, secondary school students and college students from the Hmong ethnic minority, in 7 sponsorship programmes across North Vietnam! But there are still many needs.

Find out how you can help the Hmong community. 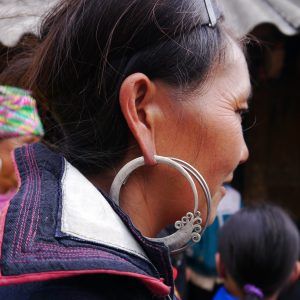