The Hmong people, ethnic minority in Vietnam - Children of the Mekong
Go to main content

In Vietnam today the Hmong have little access to education or to land for cultivation. Isolated by language and by geography, they typically live in great poverty on the fringes of society. Food for thought indeed, in the globally connected world of today.

“The Hmong still have no electricity. They live in basic houses which offer little protection against the heavy rains. Travel between their small villages is difficult because the roads are so narrow and in such a poor state of repair. Most over-40s do not know Vietnamese; they speak only their own language.” Sybille, sponsorship coordinator for Vietnam.

Around one million in number, the Hmong (or H’mong) constitute the sixth biggest ethnic group in Vietnam (out of 54). Their culture attracts a lot of tourists, as does the mountainous area in which they live (spanning the North and Central Regions of the country), but the Hmong do not benefit in any way from the boosting tourism gives to the local economy.

Allies of the French in the First Indochina War, the Hmong have a reputation for being a warlike people, fiercely proud of their independence. But since 1975 they have been persecuted by the authorities in Vietnam and in Laos. With a culture of their own, they share little common ground with the Vietnamese government and are often subject to cultural ostracism, which sometimes escalates into downright persecution.

In a world that is becoming ever more globalised, what place can there be for people who have never been to school and live in grinding poverty? 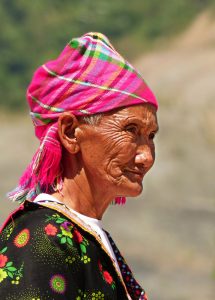 WHAT PROBLEMS DO THEY FACE? 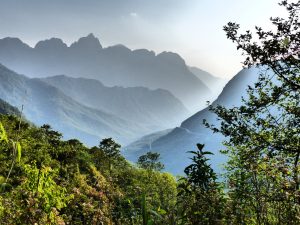 Few local facilities, tuition fees they cannot afford, cultural differences, early marriage and parenthood, a failure to appreciate the importance of education…many are the barriers to schooling facing the Hmong people, with the result that they are one of the least educated ethnic groups in the country. Some children never start school, some do not continue after primary school, and almost all have left education by the age of 16.

And the language barrier means that they are most unlikely to do well even if they do stay the course. With land for cultivation becoming more and more scarce, and globalisation leaving them ever further behind, it is clear that the Hmong have an urgent need to adapt if they are to preserve their culture and to escape poverty which deepens every day.

Read also our report: Hmongs in the midst

We have got to change. We need to decide which customs are central to our culture, keep those and ditch the others” one Hmong has told us.

Can education be the answer? Father Binh, who has been working for many years to improve the lot of the Hmong in the Sapa region, certainly thinks so. He believes that it is only education that will enable them to steer a path between preserving their customs and embracing change. Education offers a way out of poverty. It could enable the Hmong to become proficient in Vietnamese and provide them with training leading to employment. But what about all the families who cannot afford to pay for it?

HOW TO SUPPORT THE HMONG? 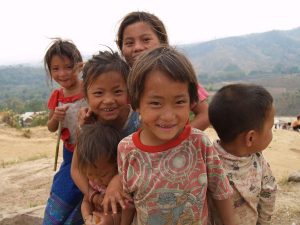 To help meet the needs of impoverished families Children of the Mekong runs small boarding houses which accommodate young people in a supportive environment close to their schools. They learn how to live with others whilst becoming more independent, getting tuition in Vietnamese, and benefiting from academic and behavioural support.

Running a boarding house is never cheap. But we nonetheless offer places free of charge to the children of the poorest families. Demand is growing – in Nghia Lô, for example, where we accommodate about 20 young people at a site which is less than a mile away from the local schools, which are thus easy to get to on foot.

HELPING CHILDREN FROM AN ETHNIC MINORITY