“We queue up in front of the cemeteries to bury our dead”.

Words fail to describe the tragic testimony of Sister Benedicta, particularly as the start of the new school year is approaching.

Myanmar is currently experiencing another tragic episode in its history. Although the western media hardly report on it, the conflicts between certain ethnic militias and the governmental army (Tatmadaw) have created a climate of civil war in the country. So why worry about a new school year?

When students are expected to return to school in most Southeast Asia, the results are catastrophic. It has been two years since Burmese children were physically able to go to school, first because of lockdown, then the coup, and now the civil war.

Thankfully, numerous initiatives help these students maintain some schooling habits. As an illustration, summer camps are organised by certain professors in their regions. Informal classes were also set up in refugee camps sheltered from the jungle in the Kachin or Kaya states. However, the number of children who benefit from such outpourings of generosity pales in comparison to the immense distress of the majority. In these new makeshift shelters, the priority is not education.

Assumpta, one of our local contacts in the Kaya state, testifies: “I am writing this mail in urgency, because, as you may know, the situation in the Kaya state might be one of the worst in Myanmar. There are fights every day. People take refuge in our homes, as we are safe from the jungle. Most of the people here are very poor. We lack everything, especially rice. If the situation continues, we will not die from guns but hunger. Please help the refugees, please.”

In Vietnam, the army is also mobilised in the country’s South.

To face an upsurge in Covid-19 contaminations, the country chose on the 9th of July to re-confine the inhabitants of the Mekong Delta and Ho Chi Minh-City (the country’s second-largest city and leading economic and industrial area). Many supermarkets announced on the afternoon of the 7th of July that they were out of stock of green vegetables.

On BBC Vietnam, one resident described the general sentiment of panic that took over the city:

“The markets and all the supermarkets are as crowded as ants that people sweep in front of their houses! I am also worried, sad… I am looking for a quiet place to buy groceries, but in my heart, I think that it’s like an eve of war.”

Only factories and shops producing essential goods and services continue to operate, but residents are prohibited from leaving their homes. Everywhere, public transportation stopped. In order to not interrupt lines of production, industrial groups have chosen to have their workers live on the site to avoid any contact with the outside world.

These solutions have allowed Samsung, Sanyo or Panasonic to maintain their activities and the government to limit the damages. It also permitted to quickly relaunch industrial production in this area where global electronics, textile or automotive giants are concentrated.

But if such developments have been possible to protect the interest of investors, it is to the expense of the families quarantined in their homes in highly precarious conditions or factories in the case of workers in these privileged sectors. Local production factories are closed until further notice. 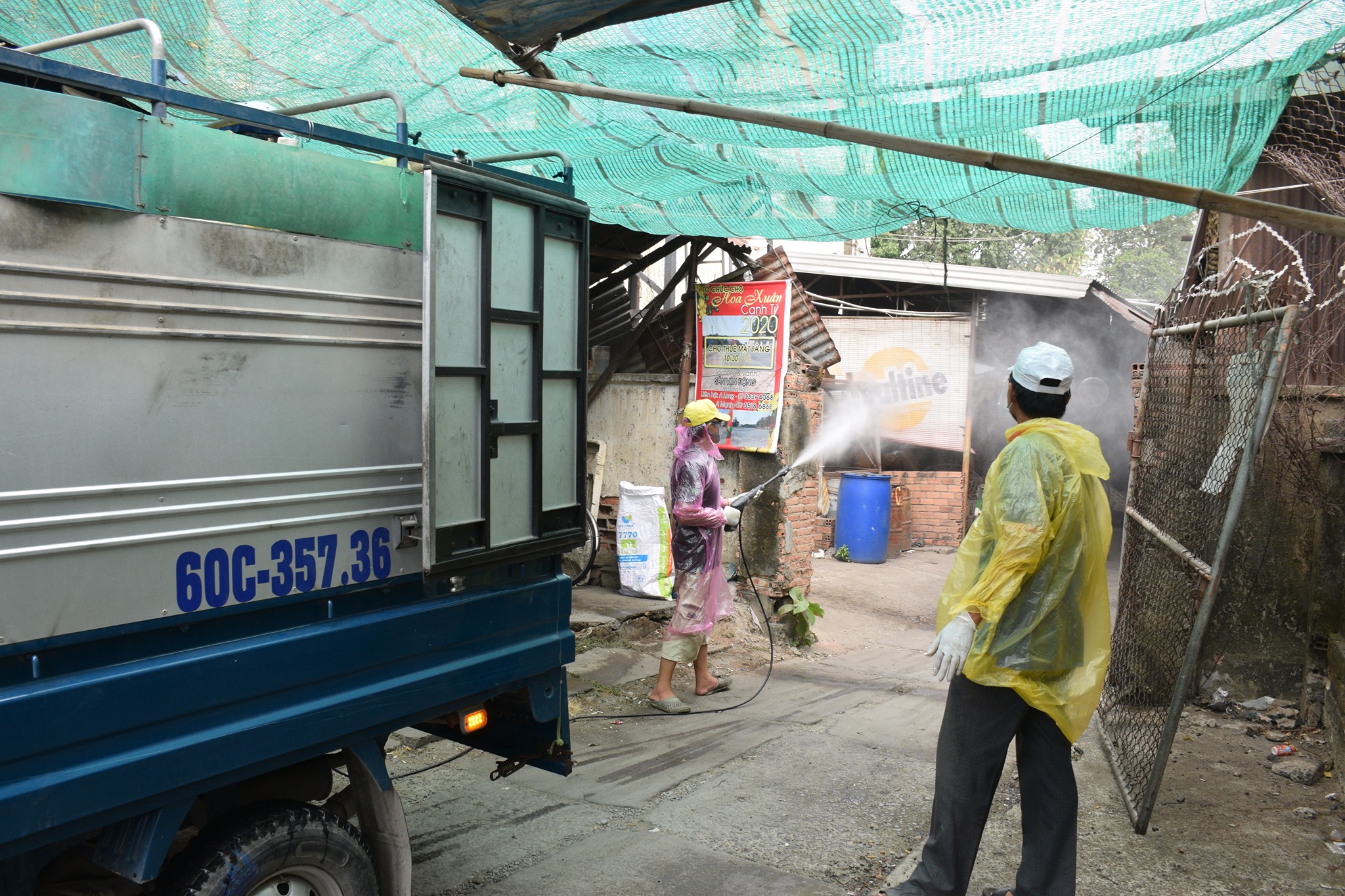 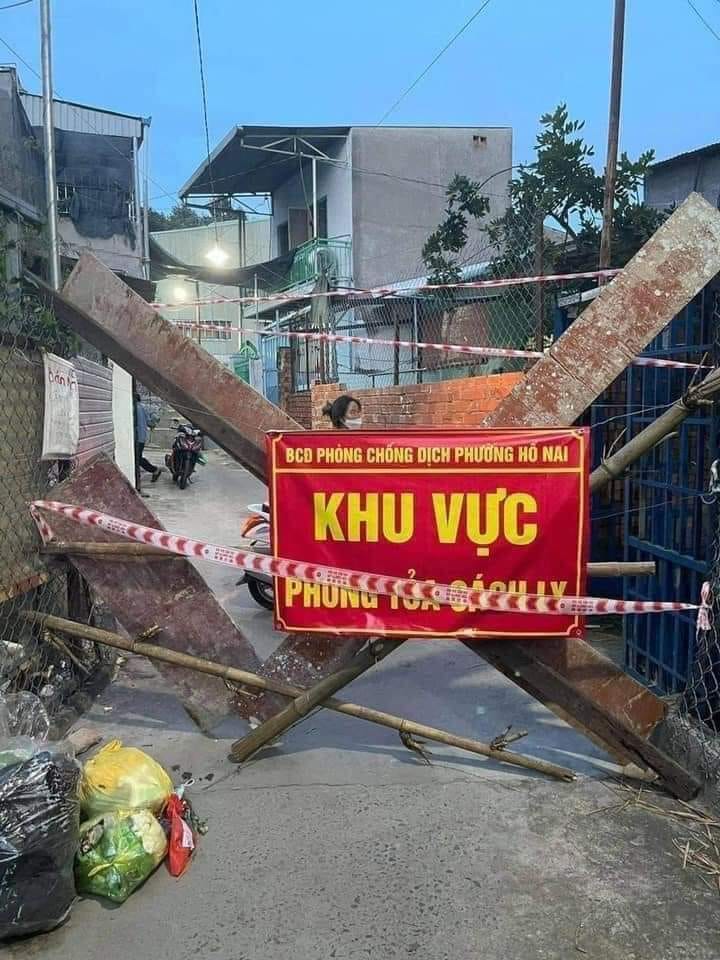 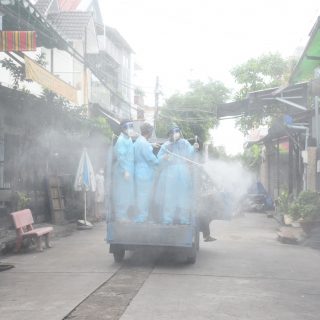 Most families in Southern Vietnam wait for the army supplies that they paid for with their savings. Going out is only allowed for medical emergencies. Phuc, one of our programme managers, wrote in August:

“The poorest families are unemployed, while food prices in Vietnam are rising. Wealthy families have money to buy food and stock up, but there is no money to store food for our sponsored children’s families who are used to earning money every day for their daily meals.

The situation is so dire that no charitable aid can be organised.”

Facing such obstacles, there are already multiple reports of death and undernutrition. As the new school year begins, the government has announced that the school will resume online only. The school textbooks have been digitalised to allow students to work online. Nevertheless, the solution does not take into account the digital divide in the population and marginalises all those who cannot afford to buy a computer for their children or an internet connection.

3 Students out of 10 DROPOUTS

In the Philippines, the situation is not improving either. For nearly 18 months, all schools have been closed, and students must attend school online.

On the 13th of September, students have been able to resume their studies. That is 2 months after the usual start date of the school year, usually in June in the Philippines.

According to Nikkei Asia, around 53% of students surveyed were not sure to acquire the skills set by the Department of Education. Only 7 out of 10 students thought they would complete their curriculum, and 87% of students reported unstable internet connection. Despite these facts, the government announced that online learning will remain the norm for the coming academic year.

However, in  Cambodia, the situation is improving.

Phnom Penh recently became the most vaccinated city in South East Asia, after Singapore, thanks to the country vaccination campaign that was among the first in the region aiming at reviving the tourism and industrial sectors. Cambodia has already vaccinated more than 70% of its 16.5 million inhabitants, while those of the capital of Phnom Penh already receive the third booster dose. With mass immunity almost reached, the government has authorised a partial reopening of schools, province after province. This is already the case in the capital and four other large provinces, including Banteay Meanchey, Children of the Mekong Sisophon centre province. 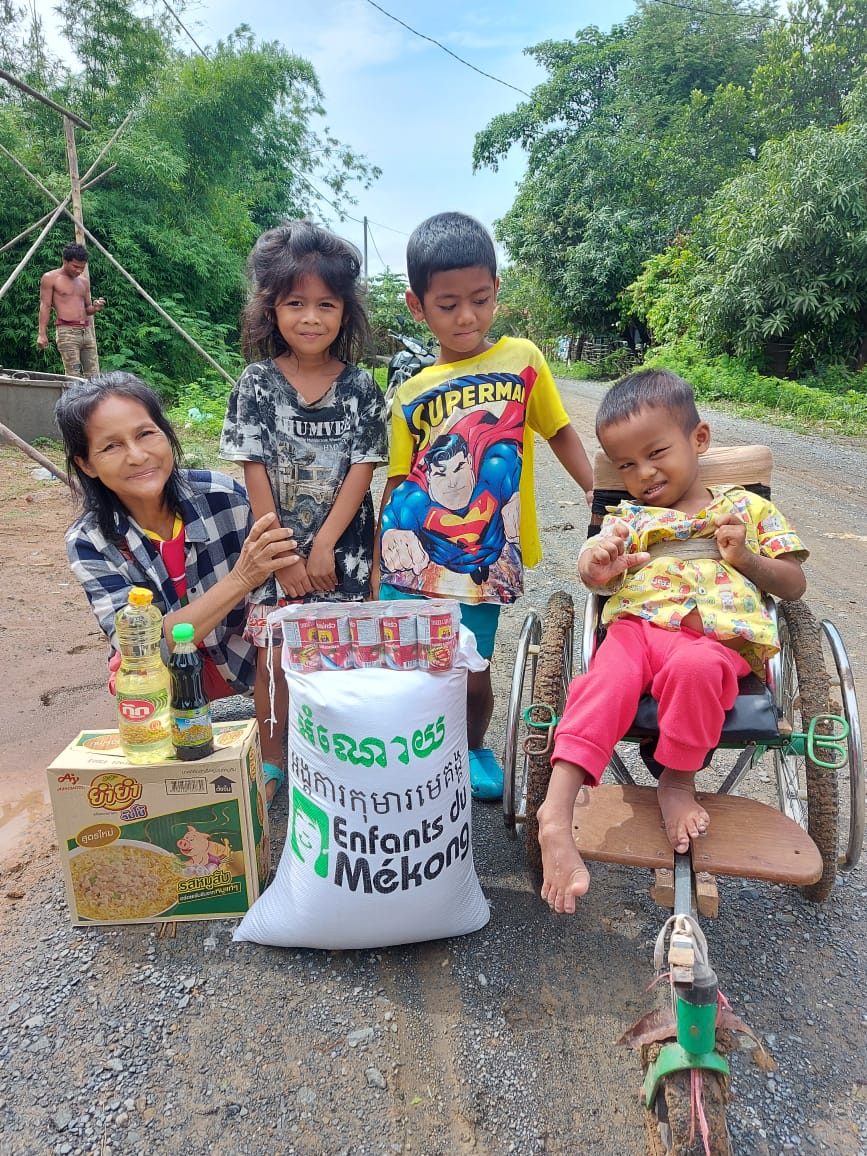 Sponsored children benefit from a structure that supports them and prevents the risk of dropping out of school. 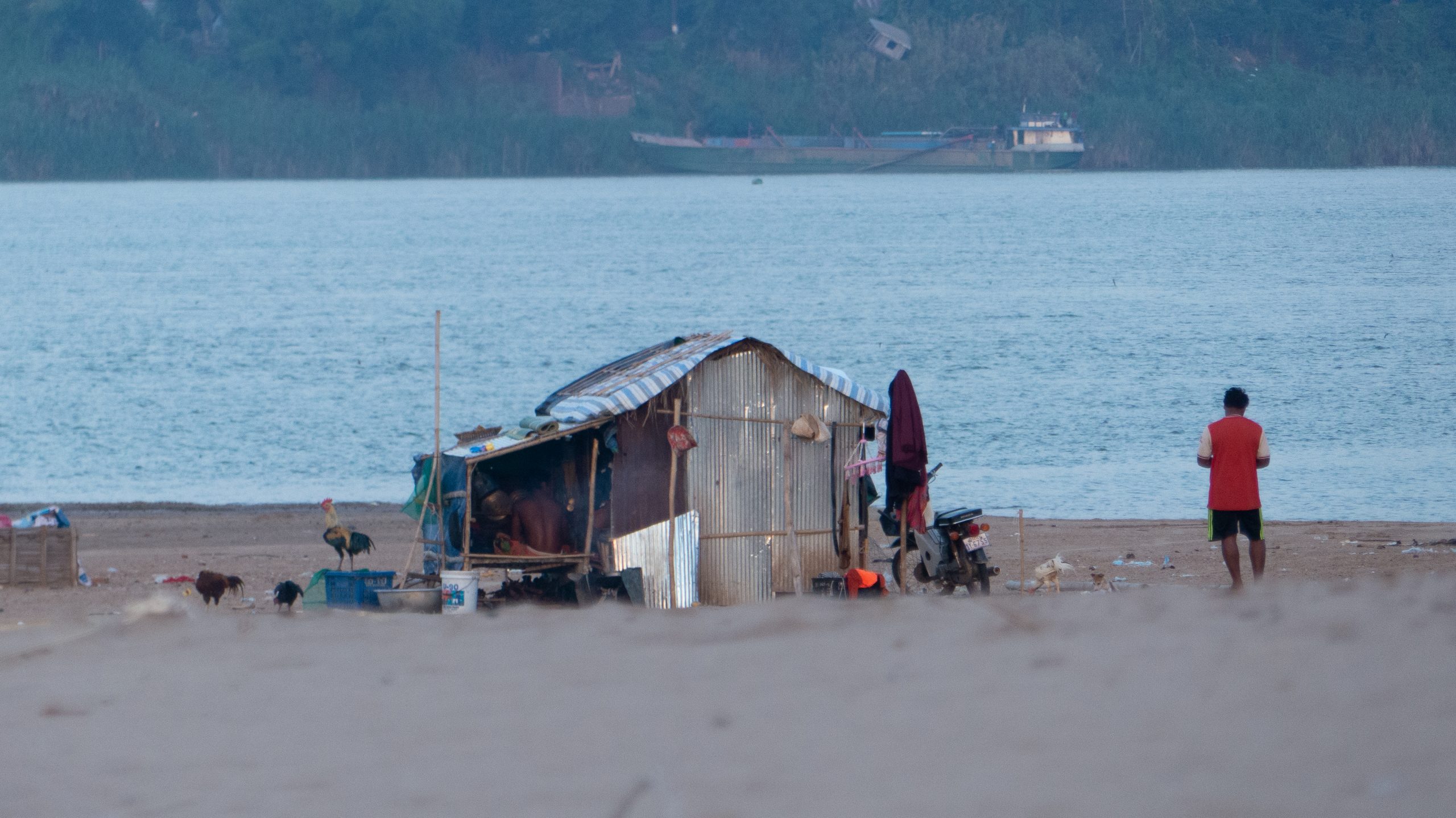 The poorest students do not have an internet connection to follow online lessons. 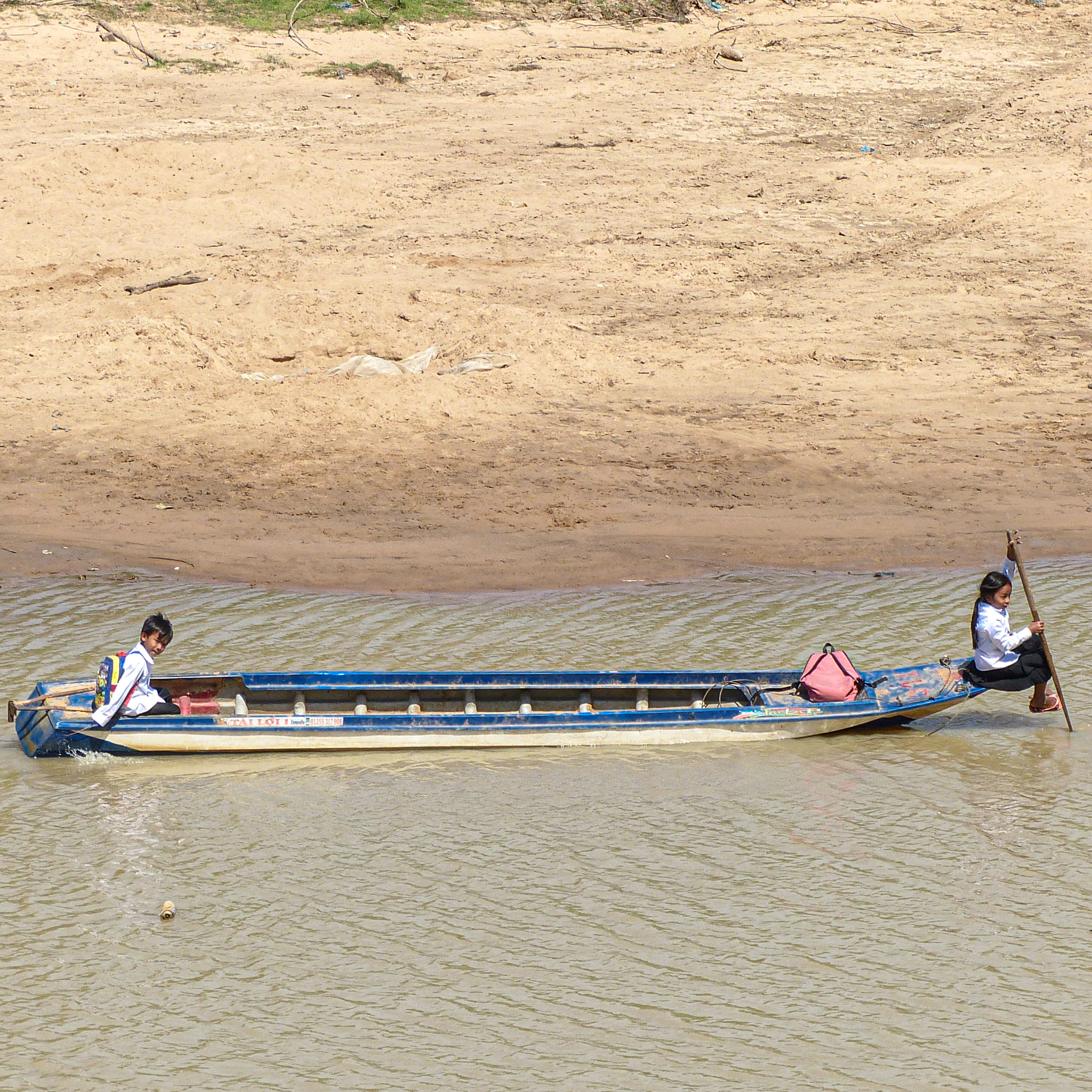 In Cambodia, schools have progressively reopened across the entire country, but fear a strong stall. 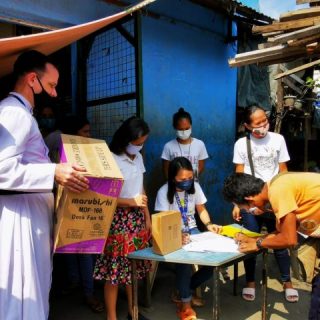 In Laos, the capital Vientiane has the highest contamination rate in the country, with the Delta variant.

According to the authorities, contamination is essentially due to workers’ return from neighbouring countries such as Thailand and Vietnam. In mid-August, the government confirmed the closure of public and private schools as well as the universities. This closure has been in effect since April 2021.

In  Thailand, an outbreak of contamination is swiping the country along with public controversies over the health crisis and the government’s disastrous management.

Hospitals overflowed by the influx of patients are now taking care of the patients in parking lots, gymnasiums, or Suvarnabhumi airport’s freight area.

The country, which was relying on a vaccine that was supposed to be supplied by one of King RamaX’s companies, Siam Bioscience, must resort to search for doses in private sectors to commence its vaccination campaign.

At the same time, both national and regional borders remain closed, severely hampering economic development throughout the country. Schools also remain closed in the areas where the infection is most severe, namely in 16 provinces that account for 40% of the country’s population.

The government is also facing a resurgent pro-democracy protest. Some demonstrations have taken place in mid-July requesting the resignation of Prime Minister Prayuth Chan-o-cha and a supply of messenger RNA vaccines. They have led to violent clashes. The protestors were dispersed with rubber bullets and tear gas, methods that the government had previously refrained from using. 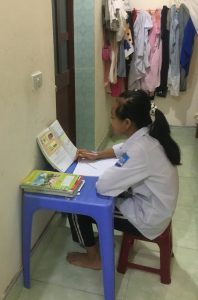 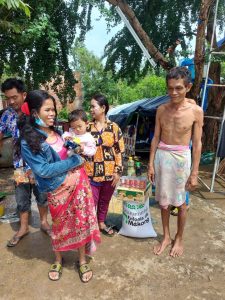 Although national realities differ, a certainty emerges from Southeast Asia’s troubled period as the region faces this third deadly wave of Covid-19. Even though the entire population suffer, the most affected by the crisis and its repercussions are those who are the least spoken about: the silent majority who struggle every day to pay for a meal and are prevented from moving or working.

It is from this majority that comes from many sponsored Children of The Mekong, many of whom are suffering from hunger, separation and sometimes death.

So, how can we believe that online schooling is an appropriate solution for them?

This year, thousands of children will not be able to go back to school!

How Does your Sponsorship Respond to the Current Crisis?

Faced with this health crisis and the closure of schools, child sponsorship remains an essential means of aid and support for the poorest families.

It allows them to feed themselves when parents lose their job because of the health crisis and purchase the necessary hygiene products. It also permits to finance the transportation of our local programme managers. They visit families to ensure that everyone is in good health and to put in place the means necessary for the educational continuity of the pupils. As always, the aim is for the sponsorship to be adapted to the child’s present needs. 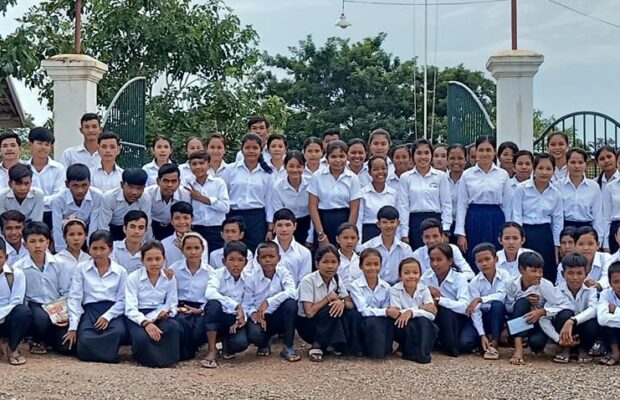 Children of the Mekong has operated in Cambodia since 1991. Our Education Centre in Samrong supports disadvantaged children and enables them to pursue a […] 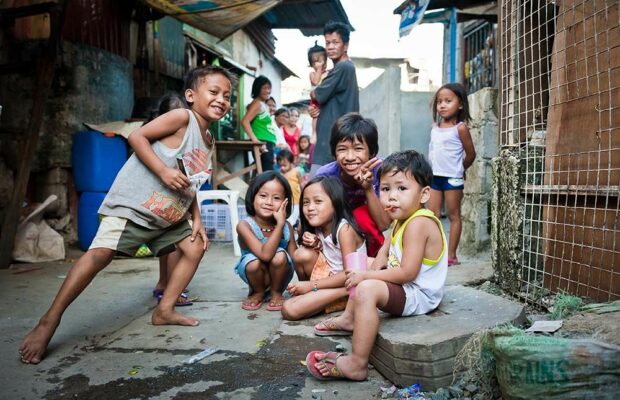