Myanmar - Escalating into a Civil War? - Children of the Mekong
Go to main content

September 7, 2021: Declaration of a “Defensive War” Against the Military Junta

“We are launching a people’s defensive war against the junta,” said Dawa Lashi, Chairman of the National Unity Government (NUG), in an official address on September 7. With these words, the dissident government formed by the former deputies of Aung San Suu Kyi’s political party (NLPD) calls on all Burmese, civilians and soldiers, to form an armed resistance against the military junta.

This declaration marks a new turning point for Myanmar and the series of events that have shaken the country for more than eight months. This attempt by NUG to bring together all the armed and ethnic groups that have been fighting against the junta for several months was expected by many Burmese. In Shan State, in the midst of military repression, a local programme manager [1] testified:

“It’s D-Day. In several parts of the country, the civil war started this morning.” 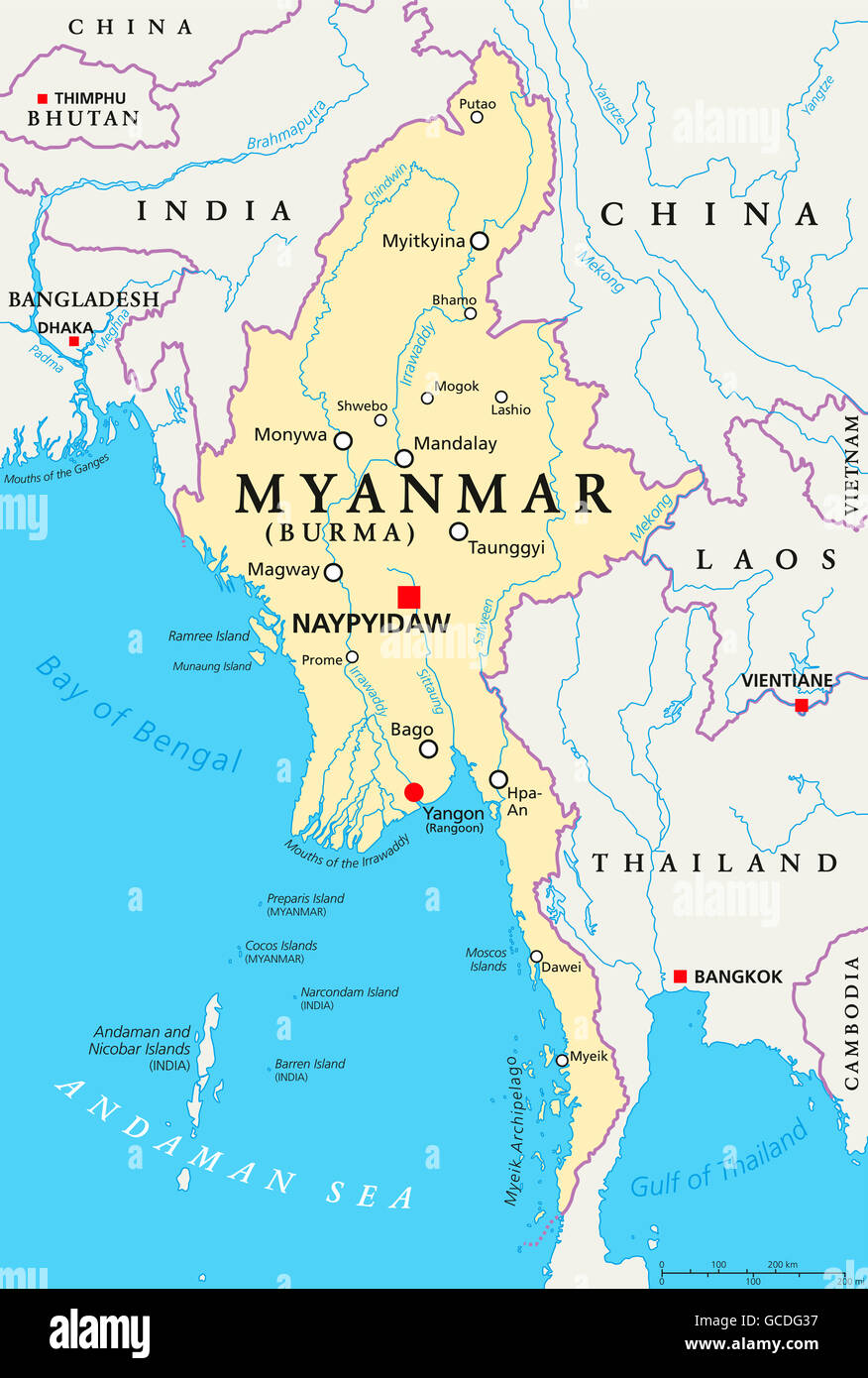 Since February 1 and the coup, Myanmar has been the scene of increasing violence. While Burmese people’s protests were peaceful in the first few weeks, more than a thousand deaths are to be deplored today.

Civilians and soldiers are killed every day in clashes between the army and (often ethnic) militias. The populations are afraid and flee to the countryside. “We can hear gunfire and rockets every night. The fighting continues, and most people have to leave their homes and flee to safer places,” said a resident of Loikaw in Kayah State in the east of the country. The soldiers, during these attacks, loot resources and threaten to burn houses.

The consequences are dramatic for the populations. The price of raw materials has increased significantly.

In addition to the risk of famine and the consequences of the war, we must add the health crisis that has been affecting the country since July 2021. Myanmar faces a third wave of COVID-19, while many health workers have fled for fear of repression following their participation in the civil disobedience movement in the early months.

From an international perspective, the situation in Myanmar is of concern.

Michelle Bachelet, United Nations High Commissioner for Human Rights, warns that human rights are violated in the country and that this military coup was “devastating lives and hopes throughout the country”.

At the last UN General Assembly, no one represented Myanmar. The decision to remove Kyaw Moe Tun, the Burmese ambassador who had championed the civil disobedience movement, was reportedly taken by mutual agreement between Russia, China and the US.

Although the Burmese junta appointed a replacement in May, the UN has been slow to recognise him, thus confirming a lack of confidence in the military’s ability to represent the country.

Several foreign powers have important interests in Myanmar. China, has far-reaching economic and strategic interests linked to its pharaonic project for new Silk Roads. The neighbouring country is officially trying to ease tensions in the country.

So how will the situation evolve in the coming months? According to several local contacts, NUG reportedly asked people to stock up two months worth of food supply and move to a safe place. Such provisions suggest that a civil war is unfolding day by day. With the end of the rainy season, rapid development is to be feared from November.

Aung San Suu Kyi’s trial, which began last June, resumed on September 13 after a two-month break. She is accused of accepting more than £400,000 in bribes as well as gold bars. Those close to the Nobel Peace Prize winner denounce a manipulation by the junta to deprive the opposition of its leader.

Indeed, without Aung San Suu Kyi, the political resistance front, largely drawn from the ranks of the National League for Democracy (NLD), the political party of the deposed majority, struggles to make itself heard and seal the necessary alliances with ethnic leaders. The beautiful unity of the resistance in the early days is already showing signs of dissension which could play into the hands of the military in the long term.

Interviewed by RFI, political scientist May-Oo Mutraw, exiled in Thailand, relativised however: “Myanmar is on fire? It is difficult to remain hopeful, but what is encouraging is that the youth continue to resist dictatorship and aggression. If we find ways to support this youth, then maybe we will give democracy a chance!”

Other news from Myanmar 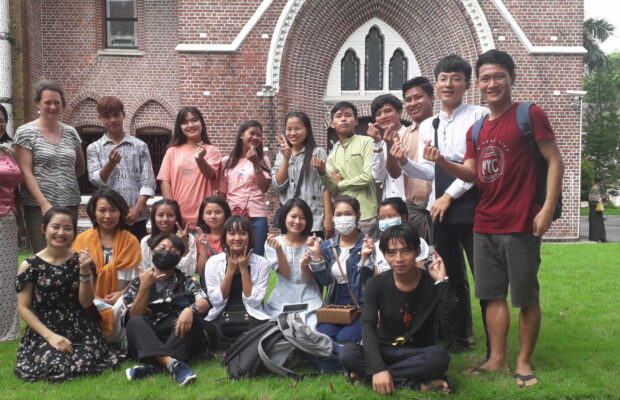 Our Myanmar country Manager, Anne Monmoton, shares her experience about her first trip back in Myanmar after the pandemic and the coup. 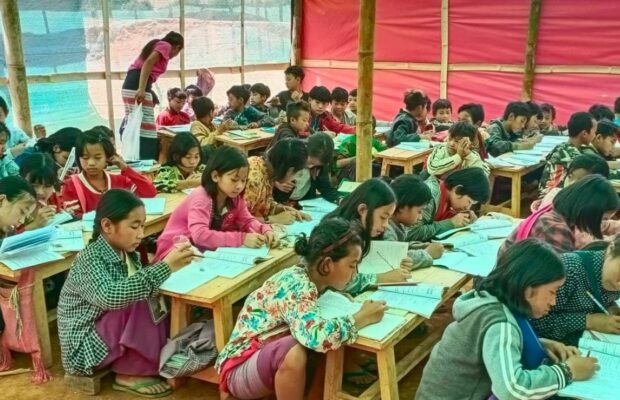 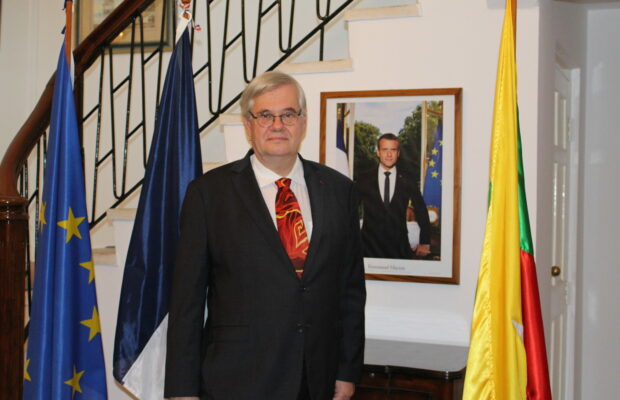 Interviews with Christian Lechervy, French ambassador to Myanmar regarding the grim situation in the country.