35 civilians were killed on Christmas Eve

On December 24, in the Kayah State (south-east Myanmar, close to the Thai border), the Burmese military crammed 35 civilians into 2 buses and set them on fire with petrol jerry cans. 35 civilians were killed, including children, two of whom were Burmese members of the NGO Save the Children. These 35 Christians were preparing to celebrate Christmas.

“Most of the victims of this bloodshed are Karenni people known as the main ethnic minority of this Burmese state where other minorities live too”, noticed the ONU emotionally on December, 26th.

“The Myanmar military said it had shot and killed an unspecified number of “terrorists with weapons” from the opposition armed forces in the village, state media said. The people were in seven vehicles and did not stop for the military, it said. (…) The Karenni National Defence Force, one of the largest of several civilian militias opposing the junta that carried out a coup in February, said the dead were not their members but civilians seeking refuge from the conflict.”

“We are united by the pain of the Burmese people and the families of the victims and will continue to support all of our Burmese friends and brothers in this difficult time, as our charity has been able to do repeatedly over the past decades in the different countries of South-East Asia.”

“Myanmar has been going through hell for a year.”

At the end of 2020, Aung San Suu Kyi’s political party won the legislative elections by a landslide. The Burmese junta did not accept their defeat and claimed that the elections were rigged. On February 1, 2021, the military arrested the leader and declared a state of emergency.

Since then, millions of Burmese have been demonstrating and striking. Armed groups from ethnic minorities joined by civilians are organising to defend their rights and try to reverse the situation. Among these resisters there are Christians, Buddhists, Hindus and Muslims. In retaliation, and to counter the opposition, the army is attacking civilians and opponents. Over 220,000 people have been internally displaced since the coup, and tens of thousands of frightened Burmese have tried to cross the border with their families to seek refuge in Thailand and India.

Myanmar is once again in the news following the December 24 massacre.

Listen to the NPR podcast

Since the beginning of the Covid-19 crisis, reinforced by the February 2021 coup, poverty has exploded in Myanmar. In 12 months, the number of people living on less than $1.90 a day has risen from 16% to over 55%.

We receive daily calls for help from our local programme managers and volunteers, with whom we have had a long-standing friendship. Children of the Mekong has responded with an emergency fund to help the population suffering the economic consequences of this double crisis.

In total, 94,856 people benefited from these projects, which took place in big cities (Yangon and Mandalay) and mainly in the eastern provinces (Kayah, Shan, Karen States), the north-west (Chin State) and the north (Kachin State). 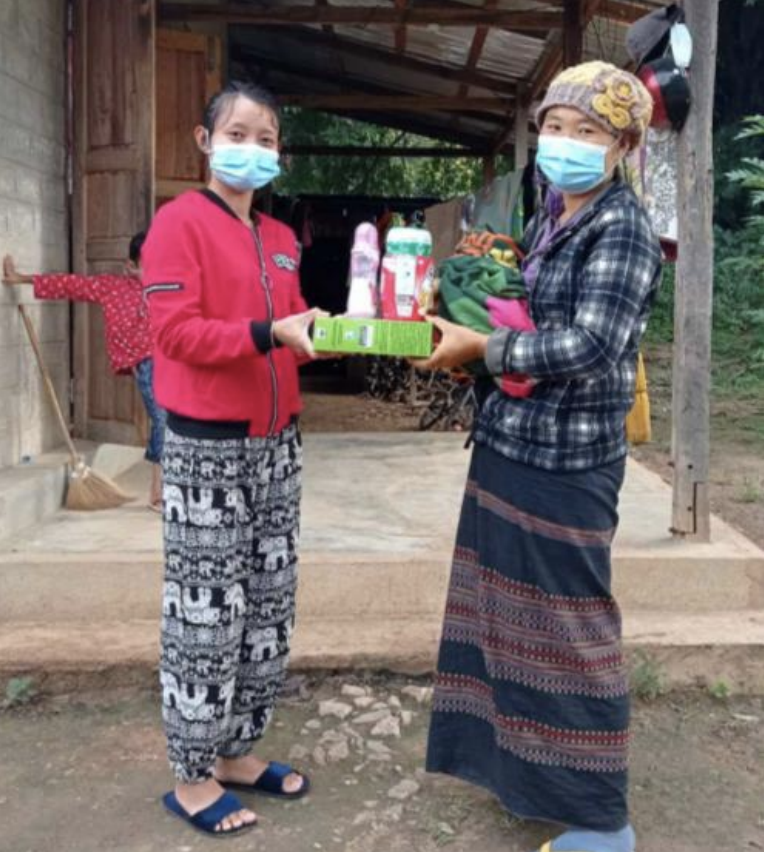