La Paloma: a factory which forges links for a better society
Go to main content

In order to reduce prejudice and allow them to achieve decent employment, an entrepreneur and a priest have succeeded in creating a textile production centre which mixes both abled and disabled workers.

In Battambang, there is a very special factory. One must be patient to find the Paloma, at the end of a red dirt road on the outskirts of town. This little corner of paradise was built in 2014 next to the Arrupe Centre, a home for physically handicapped children.

On the outside, nothing differentiates this textile production centre from any other, and yet, it is one of a kind in Cambodia. Here, the majority of workers come from unfavourable background and are socially marginalised. “A good number are handicapped, injured by the mine explosions which still infect Cambodia, or because of illnesses such as polio” explains Juan Sobrini, a Spanish volunteer managing the factory. “But we also welcome all people from social situations which do not allow them to access decent work”.

This project was born from an encounter between Father Enrique Figaredo and Vicente, owner of a textile factory in Phnom Penh, named Iberasia. Father Enrique is known in Cambodia for his commitment to handicapped people, so much so, that his nickname is sometimes the bishop of wheelchairs.

Together, they decided to create a sweater production centre to allow excluded or handicapped people to enter the job market. “Despite having a significant number of handicapped individuals in Cambodia, they remain marginalised and struggle to attain education and a decent job” they explained to the church of Battambang. The venture began in 2013 through the training of a handful of people at Vicente’s textile production centre. One year later, a small wooden factory was built next to the Arrupe in Battambang.

The project met with success quickly and a big factory was built in its wake. It now welcomes around a hundred workers.

At the beginning of the 2000s, the European Commission implemented a programme called “Everything but Arms” (EBA) intended for poor countries such as Laos, Myanmar, and Cambodia. This programme consists of a preferential system that gives them access to the European Union market totally tax-exempt, which has encouraged an influx of large western clothing groups in Cambodia.

Textiles represent at present, more than 70% of exports in the kingdom with more than 700 factories and around 800 000 workers. The EBA is the source of more than 75% of exports towards the European Union. But this economic success is tarnished by the lack of respect for the Cambodian Labour Law inside factories. Unlawful dismissals, absence of maternity leave, salary deductions, illegal contracts…The list of workers’ rights violations is long. Before his re-election in July 2018, Hun Sen had promised to increase workers’ salaries which should go from 130 USD per month on average to 170 USD.

“At La Paloma, we take the labour law very seriously” Juan wishes to emphasise. “The workers have two rest days per week, maternity and sick leave, etc.” In front of the factory, the two-wheeled chairs mix with four-legged chairs for harmonious work life. “We can produce a sweater from the weaving mill at the assembly” explains Juan. Once the clothing is finished, it is sent to Phnom Penh to be washed, dried, ironed, wrapped, and for the label to be seen. “Our clients are mainly Europeans. We are subcontracted for their brands”. Thanks to the assistance and the expertise of Iberasia, the Battambang production centre produces sufficient revenue to ensure a sustainable future in the textile market. The centre makes 20,000 units per month and the workers are paid up to 100 to 200 USD per month. The issue is being able to maintain this constant production capacity so that the business stays afloat.

The Father has a vision for this project. “We can build a second building alongside the factory so we can complete the entire process at Battambang”.

Inside La Paloma, each task is adapted to different handicaps. “For example, the workers with little strength in their fingers will be guided towards the hand stitching workshop” Juan explains to us. The administrative centre plans to buy automatic machines to replace the old ones “which are difficult to use”.

The most destitute workers can lodge with their families in a house adjacent to the factory with low rent. In addition to lodgings, the apostolic administration supports the families in many ways, by proposing, for example, a free child care centre and financial support for medical costs.

Before being employed at La Paloma, the candidates must complete a training course of 2 months to acquire the basics of textile production. Then they pass a test for entry into the team. “We recruit 2 or 3 people per year”. The Paloma team, entirely Khmer, counts on NGOs and word of mouth to make handicapped people aware of the factory. “It is difficult to change the perception of disability in the eyes of Cambodians” Juan laments.

“The majority of disabled people in Cambodia are discredited by their relations or else overprotected. Others must remain at home to care for the children or do nothing at all!” The employees and volunteers go out into the villages to meet families and convince them to let them work. In these remote corners of the country, a lot of young handicapped adults could not go to school because of the travelling distance and especially the impracticality of the journey.

Narith is a young 28-year-old girl with motor disabilities and moves around with the aid of her wheelchair. “After she was born, she never left the house”. Juan calls this a success story. “We have successfully convinced her mother to let her come work. After, she was completely transformed! She is blossoming, she goes out a lot with her friends…In summary, she has the normal life of a woman her age!”

“Never losing hope and trying everything”

Sgoheak was one of the first workers to embark on this adventure. At 29 years old, he is presently the director of human resources at Paloma. The young man is paraplegic since infancy due to disease and he uses a wheelchair. “It has been 6 years since I started working in the textile factory” he announces proudly.

If Sgoheak is an educated man and hadn’t initially wanted this profession. “I have lived in this area since I was a child. Thanks to Arrupe, I could go to school and even to university”. The young man has a degree in IT but could not find work in his field. “It is really very difficult for us, the buildings which accommodate the business are not adapted for wheelchairs,” he says regretfully.

At Paloma, Sgoheak has been able to find his place in society through work. Throughout the years, he has climbed through the ranks in the factory until he reached the human resources position. Since the end of his studies, the young man no longer lives at the Paloma Centre but around Battambang. With the money he saved, he bought a three-wheeled scooter which lets him reach the factory without obstruction despite the chaos of the road. Beyond the practical aspect, this scooter represents access to autonomy for him, an autonomy which he was able to acquire through hard work and determination. “I would like to say to other people affected by a disability, to not lose hope and to try hard”.

Amongst the mechanic tinkling and the blaring of the weaving machinery, Sgoheak shares his hopes with us, adding with a gentle smile and a hint of shyness, “We can all do quite as well as others, even if we go more slowly”.

Discover other news from Children of the Mekong 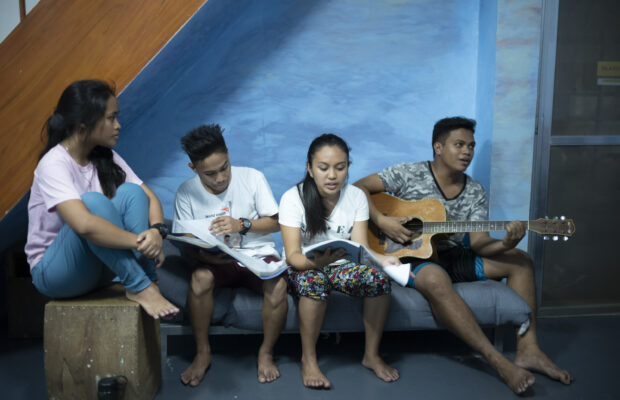 We wind down from our virtual trip to the Philippines by looking back on the testimonies from scholars who live in our Education Centres.

We will take you on a tour to discover the city of Dumaguete, where Children of the Mekong’s education centre nests, and the inspiring […] 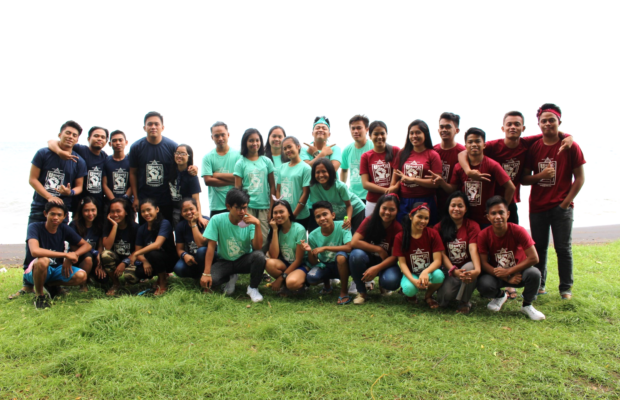 Children of the Mekong runs 11 education centres across Southeast Asia, 4 of which are located in the Philippines: in Butuan, Cebu City, Dumaguete […] 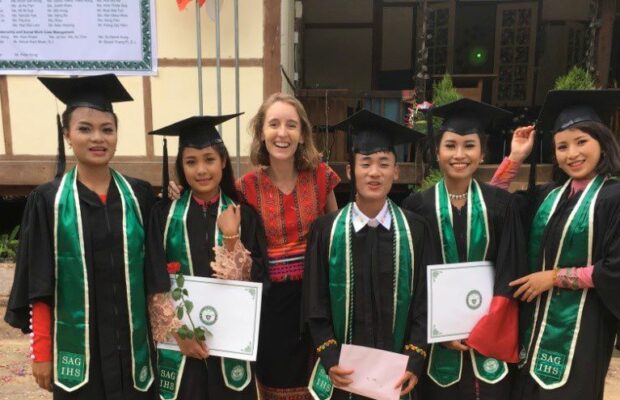 This summer, the first group of students from Taunggy graduated. Marie, a Children of the Mekong volunteer in the Yangon region and a coordinator […]